A Grade I Listed Building in Frome, Somerset 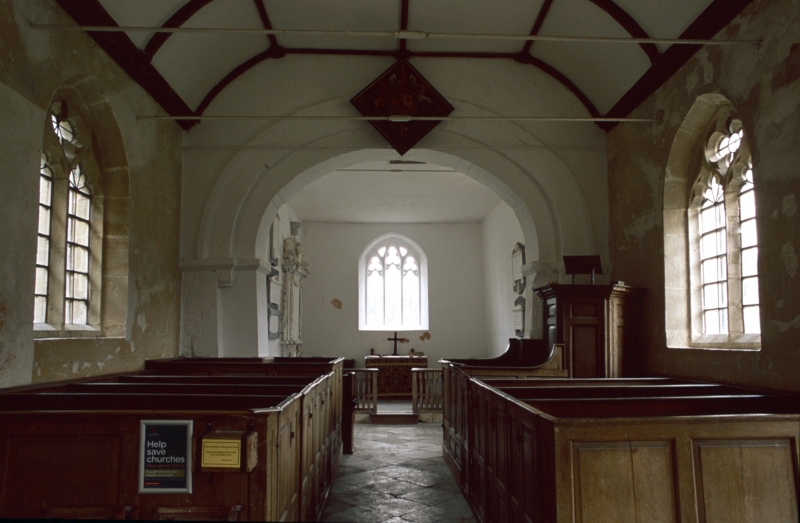 Anglican Church, now redundant. C11, C15. Coursed rubble and ashlar. Stone- tiled roofs. Nave, chancel, west tower.
Externally mostly in the Decorated style. Rubble built nave of 2 bays with late C14 2-light windows with cusped heads
and carved heads as stops. Two-stage buttresses. Semi-circular headed doorway with emphasised key, plank door with
elaborate iron hinges. Single bay chancel dating mostly from 1858-9 in ashlar but the north wall is in the late C14
style with 3-lights and a label with carved floral stops. Coped verges with gable crosses to both roofs. Very small
embattled two-stage tower, the bottom apparently of the C12 the upper stage of the C14 with one C14 window inserted
below. All ashlar with corner pinnacles. Gargoyles. Single light built chamber windows to west with a niche for a
statue. The interior has a plastered wagon roof probably C16 with ribs, bosses and moulded wall plates but there has
been some alteration. Probably C12 chancel arch slightly stilted with columns missing. Set of C18 box pews and pulpit
all with fielded panelling. C18 altar rails with turned balusters and ramped ends. Fragments of medieval painted
plaster. C12 tub font. Stone flagged floor. Painted Royal Arms of 1640. Wall monuments and tablets to members of the
Bamfylde family. An attractive church with good work from a variety of periods and much medieval work. In the care of
the Redundant Churches Fund.