A Grade I Listed Building in Cholsey, Wallingford, Oxfordshire 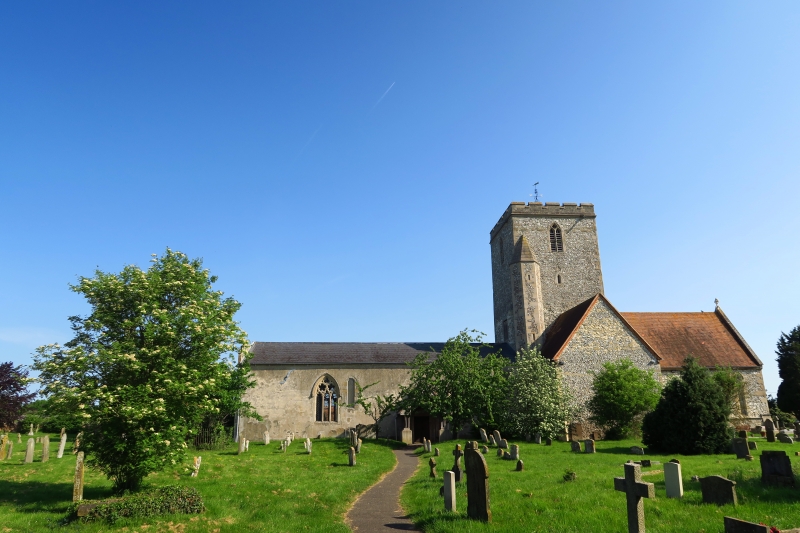 Tower: two-light louvred openings of Reticulated tracery to each side. Paired trefoil lancet to west side. Battlemented top to towers.

Interior: sedilia to right of chancel. Crossing: Romanesque arches, those to nave and chancel on half-columns with carved capitals. Some medieval tiles to floor of south transept.