A Grade I Listed Building in Marshchapel, Lincolnshire 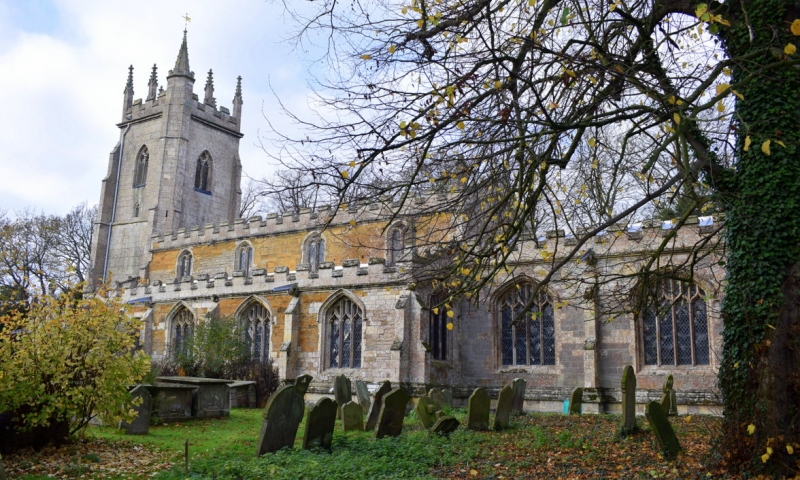 Parish church. Early C15, 1848 chancel rebuilt. Ashlar, squared
ironstone and limestone rubble, lead roofs behind parapets.
Western tower, nave with clerestory, aisles, chancel, south
porch, north chapel. The tall 3 stage ashlar tower has moulded
plinth, coped offset to middle stage, embattled parapet with 8
crocketed pinnacles, stepped set back buttresses and stair tower
to south east angle. To the middle stage on all but the east
side is a cinquefoil headed louvred light. To belfry stage on
all sides are 2 light openings with cinquefoils to the heads and
quatrefoils over. The west door has a continuously moulded
hollow chamfered surround with deeply moulded hood and human
head label stops. Above is a worn head, with flowing hair. The
west window is of 4 lights, ogee heads to the lights, panel
tracery and moulded hood with human head label stops. The aisles
and nave are in squared coursed limestone and ironstone rubble,
with embattled parapets, corner pinnacles and gargoyles. The
north aisle east and west windows are of 3 lights, ogee heads to
the lights, panel tracery, 4 centred arched heads and hood
moulds. There are 3 similar windows and a 4 light window to the
north side, the bays divided by stepped buttresses. The north
doorway has a deeply moulded 4 centred surround surmounted by an
ogee hood with crocketed pinnacle and human head stops. In the
centre a canopied niche and beneath this an inscribed scroll.
The chancel east window is of 5 lights with 4 centred head and
panel tracery. The south chancel windows are similar but of 4
lights and to the south aisle are 5 similar 3 light windows, one
in the east and west ends and 3 on the south side. At the south
west end of the aisle a shield bearing a coat of arms. The
clerestory to both sides is of 4 paired lights, cusped heads to
the lights with daggers over. The gabled south porch has corner
pinnacles and cross fleury, gargoyles and corner buttresses. The
porch has paired side lights matching the clerestory. The outer
doorway has sunk wave moulding, and the inner doorway has 2
similar orders separated by a hollow moulding containing human
heads, foliage and a Latin scrolled inscription. An ogee hood
has human head stops and a decorated niche with angel corbel.
Interior. The C15 4 bay nave arcades have hollow chamfered
octagonal piers on deeply moulded bases, brattished capitals and
double chamfered 4 centred arches. The tall tower arch has 2
continuously moulded chamfered orders and an outer order dying to
its reveals. The 4 centred chancel arch has 2 continuously
moulded chamfered orders. At the west end of the north aisle is
a double chamfered arch leading to the north chapel, and in the
north wall of the chancel is a similar larger arch also to the
chapel, and a small double chamfered and moulded doorway. The
south aisle roof has C15 bosses to the C19 roof and the C19
chancel roof has angel corbels. Fittings. C15 oak chancel
screen with central doorway flanked by 2 pairs of lights, cusped
ogee heads and pointed outer arches, panel tracery and clustered
shafts, C19 brattished top. All pews and pulpit are C19. C15
plain octagonal font with C19 suspended cover. Monuments. On
the south wall of the chancel a small alabaster wall plaque to
Walter Harpham and his wife, d.1607. 2 opposed kneeling figures
under arcades, pedimented surround with memento mori and cherubs
head. Escutcheon and hour glass over. Beneath is a panel with
scrolled rectangular surround bearing a memorial inscription.