A Grade I Listed Building in Tupholme, Lincolnshire 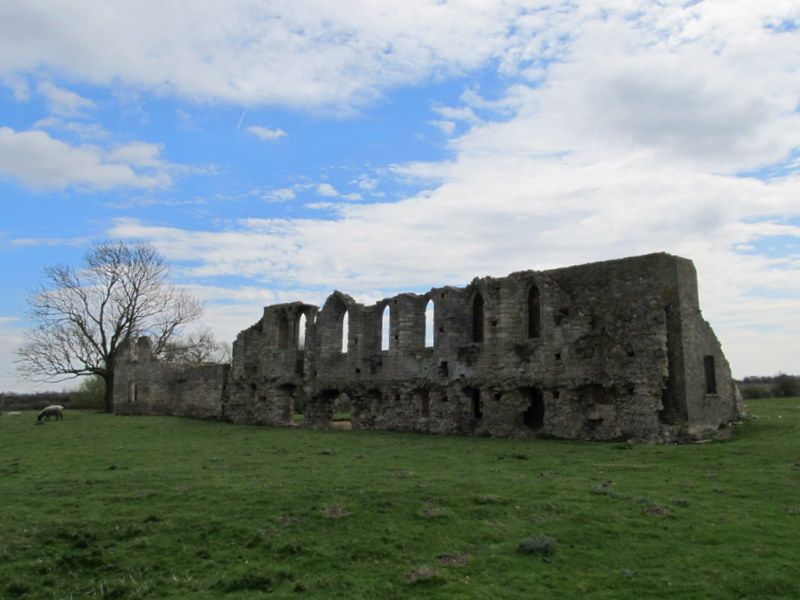 TUPHOLME ABBEY FARM
TF 16 NE
5/60 Abbey Ruins
14-9-66
I
Abbey ruins belonging to Premonstratensian Order. Founded 1155-
1166. The standing remains date to C12 and mid C13. Coursed
limestone rubble with ashlar dressings. The southern wall of the
canons' Refectory stands almost to eaves level for a stretch of
75 feet (23 m). It is single storey with a cellar basement
below. 5 tall lancet windows of mid C13 date survive together
with part of a sixth. Beneath are the remains of the cellars
with broken vaulting, 5 small windows with rebates for shutters
and a low arched doorway. Beyond to the east is the rare
survival of a Reader's Pulpit from which one of the canons would
read to his brethren at meal times. The pulpit is wider than the
wall and so stands on a bay which projects to both north and
south. The door by which the pulpit was entered survives
together with the adjacent trefoil headed window, separated from
the doorway by 2 annular shafts. The reader's seat remains and
the pair of lancets which lit the pulpit. Further east again is
a single bay containing a C12 round headed single light. Apart
from this standing wall extensive earthworks can be clearly seen
on the site which is scheduled as an Ancient Monument. Source:
Lincolnshire Museums Information Sheet Archaeology Series No.10.