A Grade I Listed Building in Brocklesby, Lincolnshire 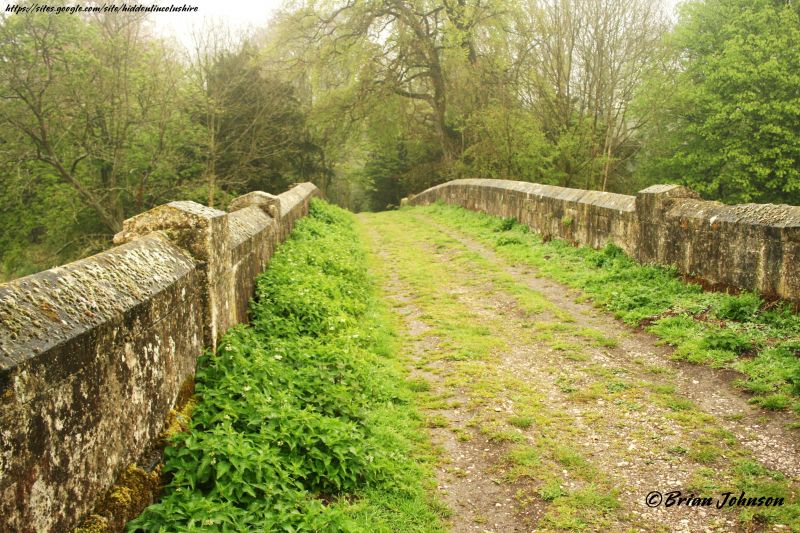 Bridge, circa 1772 probably by Capability Brown. Ashlar. Bridge
of 7 unequal arches, the central one being the largest. The
arches are ribbed on the undersides and are semicircular; despite
this Romanesque detail, the rest of the style is a revival of C14
work. To either side of the central arch are single statues with
gabled canopies having trefoil arches rising from short wall
shafts. They are full length figures of Religious, one male and
one female, doubtless in homage to the adjacent Premonstratensian
monastic site. The principal arches of the bridge rise from
substantial rounded cutwaters with chamfered tops. The abutments
are marked by pairs of stepped buttresses at either end between
which are 4 centred arches the tops of the octagonal end piers
rise to coped terminals via panels bearing recessed cusped motifs
in a debased Gothic style. The upper parts of the bridge are
decorated with a variety of motifs including recessed quatrefoils
on the central section of parapet with an enriched concave
moulded string course beneath, zones of cusped panels containing
shields to either side of the central panel and triangular motifs
in the spandrels of the arches flanking the central one. The
parapet itself is delicately ramped upwards to the centre and the
ends of the bridge are swept.