A Grade I Listed Building in Walesby, Lincolnshire 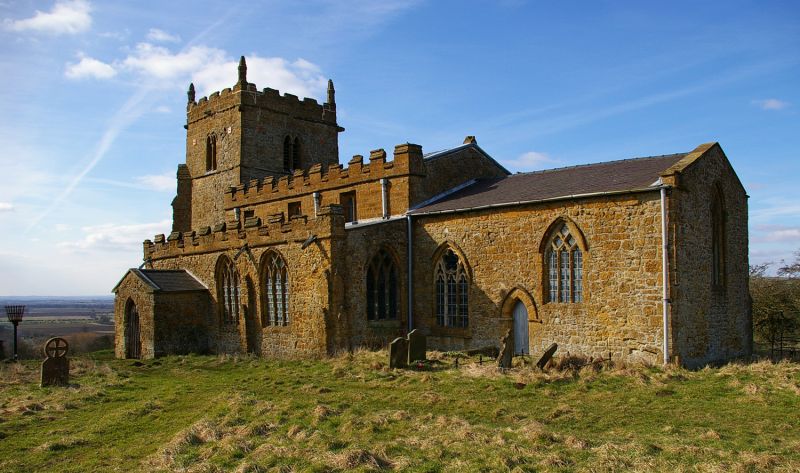 Church of England Parish: Walesby St Mary and All Saints

WALESBY
RECTORY LANE (east side)
Church of All Saints

(formally listed as Church of All Saints (Old Parish Church)

Early C13 west tower with pronounced moulded plinth and stringcourse, divided into four stages by moulded stringcourses. Large four stage diagonal buttresses, with Madonna set in niche on south buttress in 1933. West side, first stage has single pointed light with stringcourse above and clock in second stage. North side, second stage has large metal ties and on south side ties formed into initials R.L.C. Stringcourse runs under bell openings on all four sides each being paired pointed lights divided by rectangular shaft with pronounced imposts. All have hoodmoulds. Moulded stringcourse above with billet decoration, projecting, weathered corner gargoyles, battlements and four weathered corner pinnacles.

North aisle has blocked doorway with rectangular chamfered lintel. East end of north aisle has stone steps, partially restored in 1933 leading up through small rectangular opening to give access to top of ornate wooden roodscreen of 1933. Double chamfered pointed chancel arch with filleted semicircular responds and plain capitals. C19 arched recess for organ in north wall of chancel and rectangular doorway to east of it leading to vestry. Roofs of 1933. In south nave aisle are series of high wooden C18 box pews painted white. Fine ornate octagonal wooden pulpit of 1626, originally from St Leonards Chapel, Kirkstead, complete with ornate octagonal sounding board, recently painted white. East wall of chancel has marble memorial to Mary Davenport, died 1737. Various C19 memorials in nave. C13 drum font much defaced, with angle shafts originally up the bowl. Fittings of 1933. Stained glass of three light east window in south aisle of 1950, financed by the Grimsby Wayfarers Association, showing a central figure of Christ with cyclists on the right and ramblers with haversacks on the left.