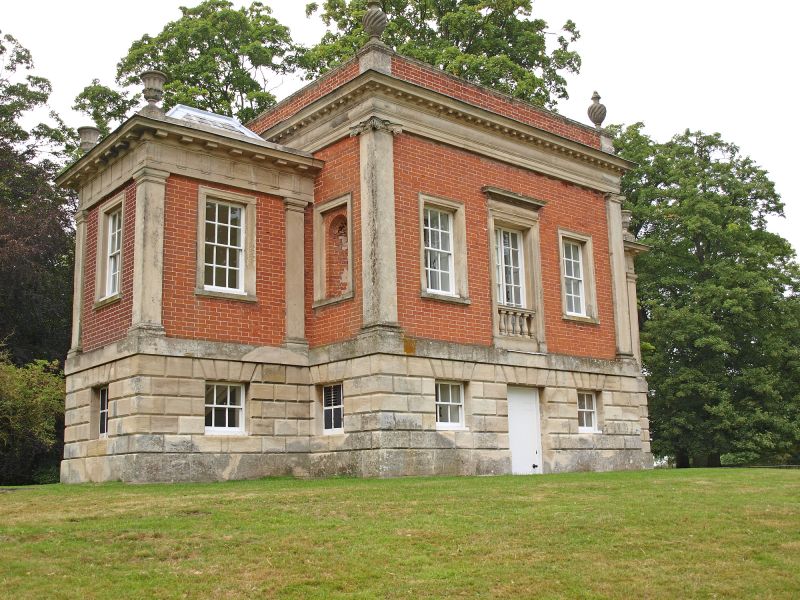 John Platt had been an apprentice to his stone mason father George Platt (known for designing and building Cusworth Hall near Doncaster). The elevation of the Chateaux with the note "Built for T Hutton at Burton near Gainsbro [Lincolnshire] p. J Platt, 1747 and 1748" is in Sheffield Archives.