Tower and Remains of Church of All Hallows Staining 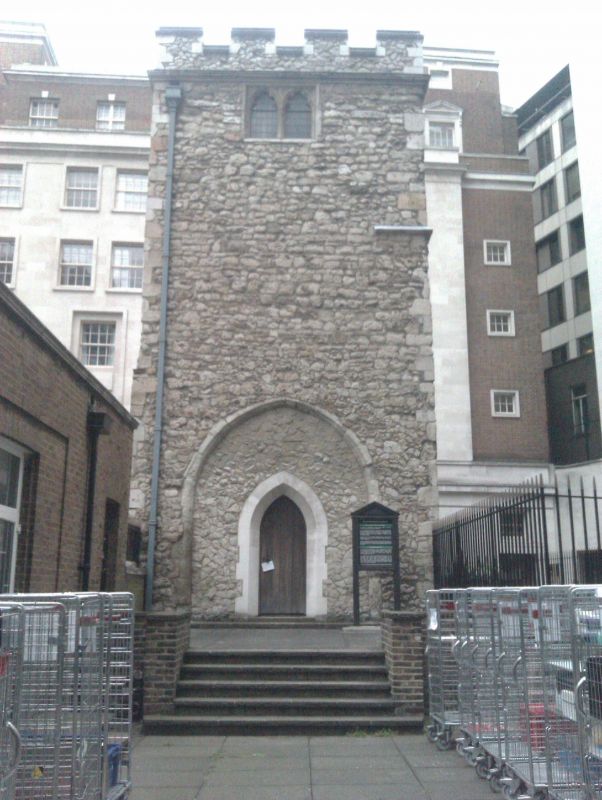 Entry Name: Tower and Remains of Church of All Hallows Staining

C12 or C13 onwards. Lowest stage of tower of coursed ragstone rubble with some knapped flint, probably C12 or C13. Two-light cinquefoil window in west wall, pointed arches in south and east walls of tower. The second stage of the tower, fragmentary remains of a diagonal buttress and south and west walls of the south aisle or nave are probably C14. Octagonal stair turret at north-west corner of tower, with four-centre head doorways to four internal stages, is probably C15. Second stage cinquefoil windows, restored externally but retaining C16 brickwork internally. Parts of the third stage brickwork date from C18. Upper third and fourth stage restored following demolition of the body of the church in 1870.