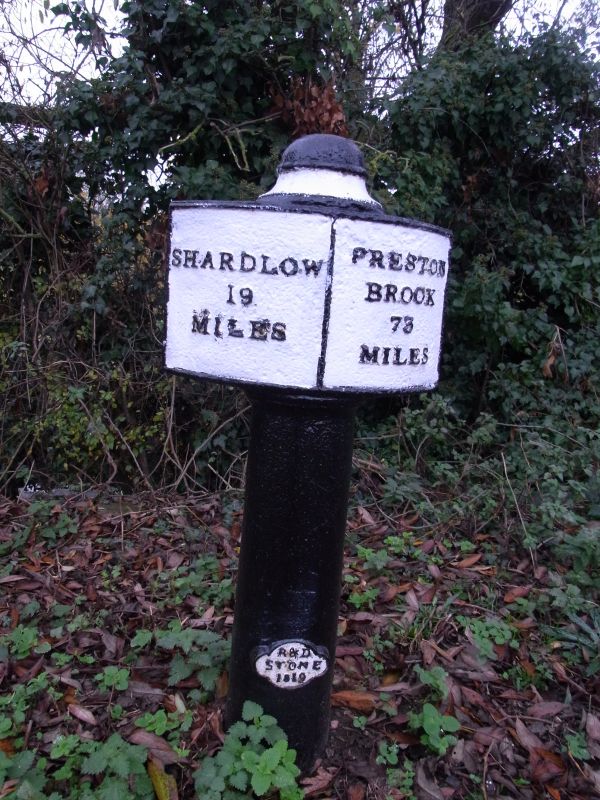 Canal milepost. Dated "R & D Stone 1819" on shaft. Cast iron painted black and white. Circular post with moulded head and embossed letters on 2 convex tablets below: "Shardlow 19 miles" "Preston Brook 73 miles". Probably cast in the foundry of Rangeley and Dixon in Lichfield Street, Stone*. The Trent and Mersey Canal was built between 1766 and 1777 by James Brindley and Hugh Henshall.
Charles Hadfield, The Canals of the West Midlands (1966)
*Jean Lindsay, The Trent and Mersey Canal (1979)