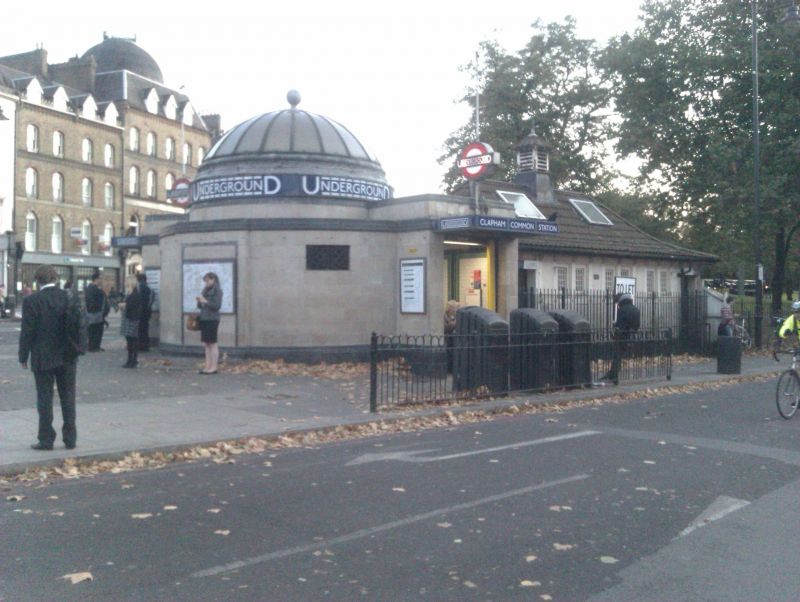 Underground Station. 1900, remodelled with new entrance in 1923-4 to the designs of Charles Holden. Small circular domed building with wings to north and south. Structural faience blocks with plinth and top moulding. Glazed dome with ball finial, with UndergrounD motif on frieze renewed in 1997. Circular UndergrounD signs on finials also restored in 1997. Interior is tiled in white with green panel borders. The ticket hall reached via stairs with central cast-iron balustrade; the foyers and access corridors also have white tiles with green panel borders renewed in the pattern of the original in 1997. It is one of only two surviving underground stations with a central island platform, the lines set in a single large hall.