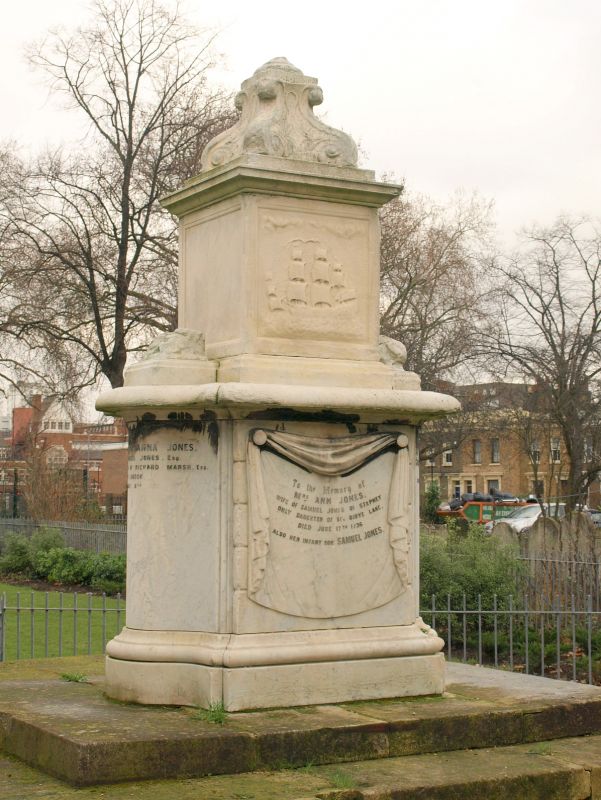 Pedestal tomb on stepped base. C1734, designer unknown; restored
during C19 by a statuary named Ellingford of Poplar. Stone. Tall
plinth with projecting curved ends; sides with high relief carved
swags framing inscriptions. Above, a rectangular pedestal
(formerly flanked by standing putti) having on the south side a
carved relief depicting a ship in sail and on the north a
nautical still-life featuring globes, cross-staffs, a caduceus,
cannon and shot, a sextant, flags and a central heraldic shield.
Crowned by addorsed consoles formerly supporting an urn. Monument
formerly surrounded by railings. Captain Samuel Jones
distinguished himself fighting the French in the English Channel
in 1706 and 1707. St Mattias was formerly the east India Company
Chapel and many nautical men were buried in the churchyard.