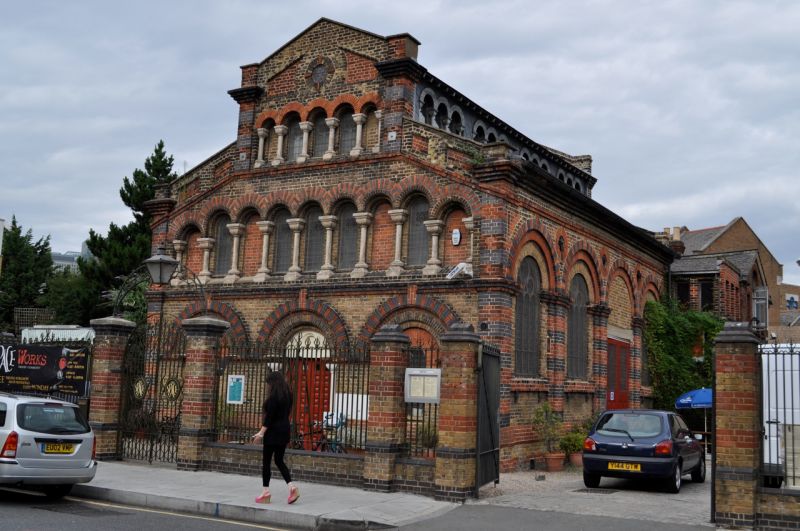 The description shall be amended to read:-

Four-bay north and south elevations have semi-circular polychromatic brick
arches, over 4-light cast-iron windows; heavy stepped brick eaves courses;
clerestorey, clad in fish-scale slates, has 3-light windows each with stone
semi-circular arcade set on colonettes with cushion capitals and moulded
bases; one window to south has been removed for inserted mid C20 entry.
Plain extension of 1905 added at right angles to east end. Interior: semi-
circular sanctuary arch set on stone colonettes with inverted volutes to
cushion capitals; stone steps to balcony with panelled front set on cast-
iron columns; 4-bay roof with arch braces built of laminated timber, an
early example of its use. Foundation stone, to right of west door, was
laid by John Scott Prussel - a Scottish shipbuilder who had worked at the
nearby Napier yard on the Great Eastern and other ships; there is a
tradition that St Paul's was built to serve the needs of Scottish
ironworkers brought to work on the Great Eastern.