A Grade I Listed Building in Crich, Derbyshire 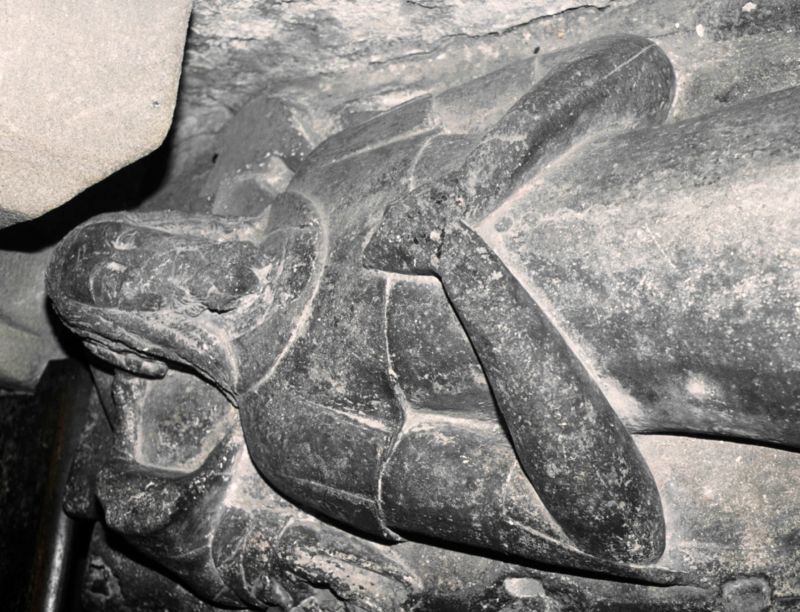 Tomb recess in north aisle wall with recumbent effigy believed to be of Sir William de Wakebridge d.1369. Chancel south wall has alabaster table tomb with the figure of a knight in armour, to Godfrey Beresford d.1513. Chancel north wall has alabaster table tomb to John Clay d.1632 and two wives. Alabaster slab set in wall, with carved full height portraits to German Pole d.1588 and his wife. Classical wall monument to German Wheatcroft d.1857 to chancel north wall, and an inscription board nearby seemingly associated with the Clay Monument. C14 chancel screen, with three-light side bays, cusped headings to lights, and pierced panel to base. Two benches with poppy heads to end against chancel arch wall.