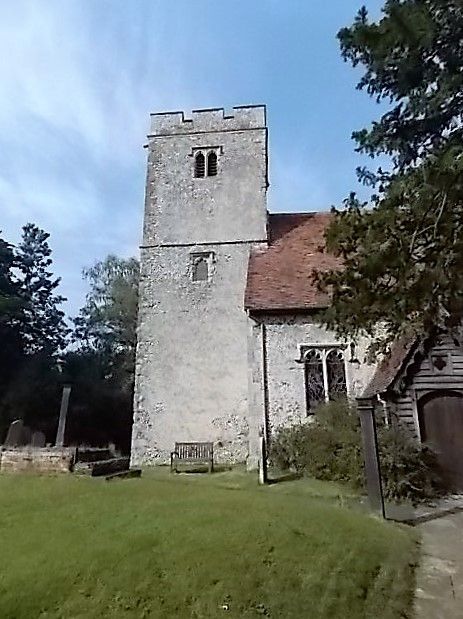 Interior: short nave with hollow chamfered tower arch surround with attached shafts and octagonal capitals, with chamfered arch. Roof of three crown posts the easternmost shortened to raise over chancel arch, on flat, heavily moulded ties. Chancel arch with double hollow chamfer on octagonal responds with corbels on inner face (for a lost rood screen probably). Chancel, originally two bays, with chapels added to north and south c.1200. Two bay arcade to north, with round pier, square moulded abacus chamfered at the corners, with debased upright acanthus leaves in pairs, fillet rolls on arches, and corbel tables on responds. This is all identical to and by the same hand as work in Bapchild, Doddington, Frinsted and Murston (see Bapchild: Church of St Lawrence).