A Grade I Listed Building in Dover, Kent 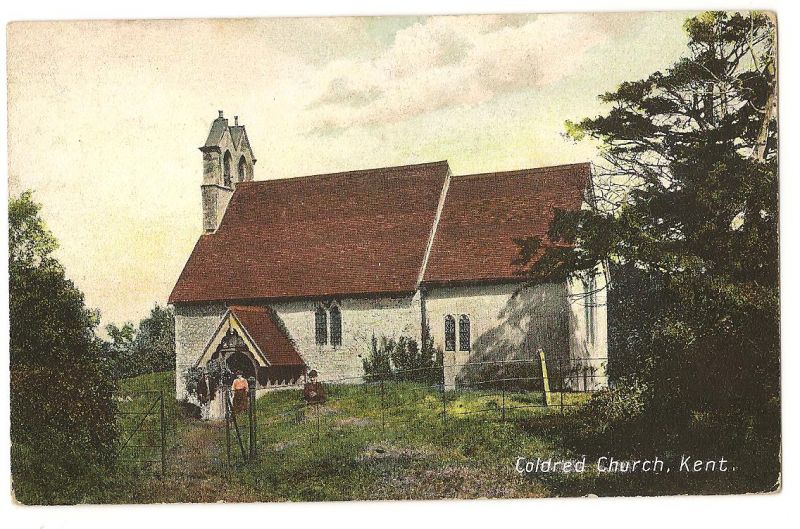 Interior: nave with roof of three simple crown posts; chancel with C19 trussed rafter roof. Curious rectangular opening above north door into vestry. Chancel stepped in, no arch. East window reveal with chamfered elliptical head and brought all way down to floor, with inserted C19 window. Fittings: aumbrey in nave north wall, otherwise all C19, with simple twisted baluster altar rail with fleur-de-lys brackets, two cast iron lamp brackets and two wrought iron candle brackets in chancel, bench piers, pulpit and octagonal font, all C19. C14 bell in chancel removed 1939 from bellcote. Brass inscription on chancel south wall to William Fyntch, Gent. d.1615. Monument to Edward Pettit, Vicar of Sheperdswell and Coldred (a combined living from 1584 to 1910). Oval wall plaque within bolection moulded panel with broken pediment and cartouche over, and winged death's head and cartouches on apron. The only other dedication to St. Pancras in Kent of six in the whole country) is in the very early Saxon Church of St. Augustine's Abbey, Canterbury.

Coldred Church stands within an earthwork of indeterminate, but possibly Roman date.