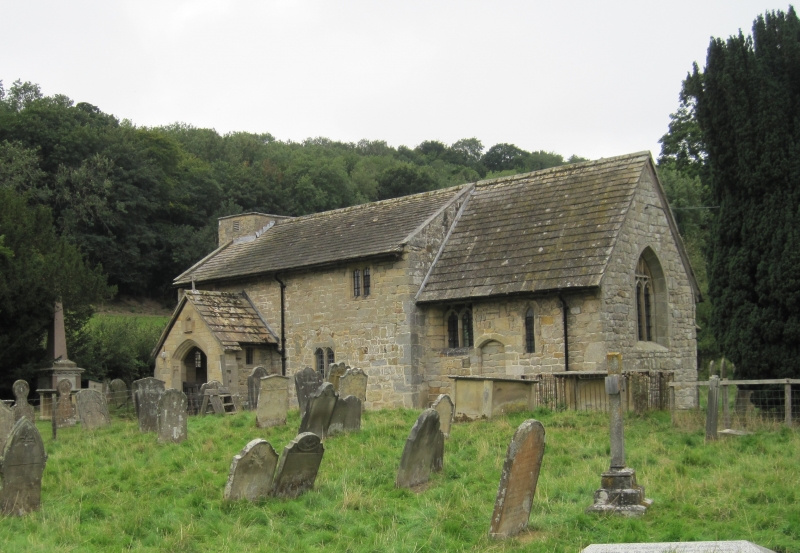 Interior: C13 pointed chancel arch of two chamfered orders springs from C11 responds with attached shafts with cushion capital. Incised spiral carving to capitals and bases, and zigzag to responds. In nave south wall the blocked pointed archway with restored imposts to former chapel, with portion of earlier window arch above. In north wall the head of a shallow pointed arch of the former north door survives. C11 chamfered altar stone with incised cross to centre. C11 or C12 circular font on 1904 base. Piscina and aumbry in chancel south wall. C18 octagonal pulpit of raised and fielded panels with ogee tester inlaid on underside, and finial. Altar panelling and restored poppyhead pews of same date. Several fragments of pre-Conquest sculpture are incorporated in the nave and chancel south walls and the porch.