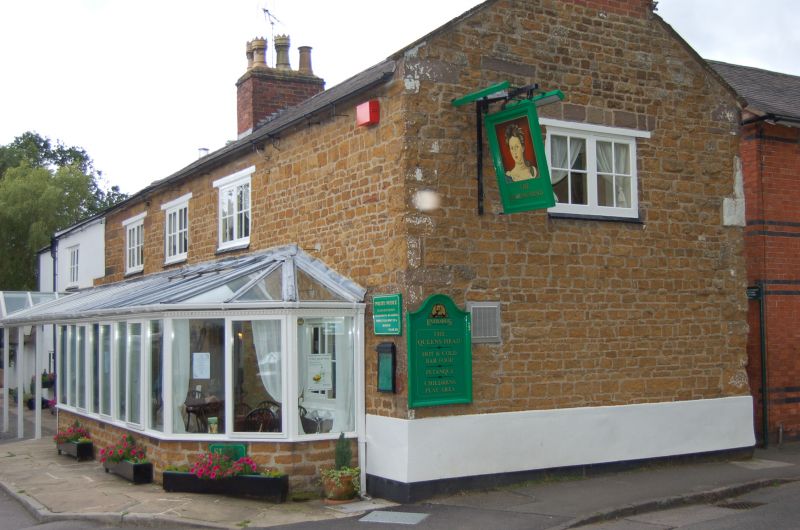 GV
II
Public house, formerly dwelling. C17. Coursed ironstone rubble with Welsh slate roof. Gable onto street. Two storeys and now of three units but the bay to the left of the doorway is apparently a slightly later addition. It contains a two-light casement to each floor with flat timber lintels. Right of the doorway, two casement windows on ground floor are cut through former stone mullioned lights and between them is a higher small blocked stone chamfered window. Another similar blocked window is in the rear elevation. Brick gable end stacks. One later rendered bay to left.