A Grade I Listed Building in Reepham, Norfolk 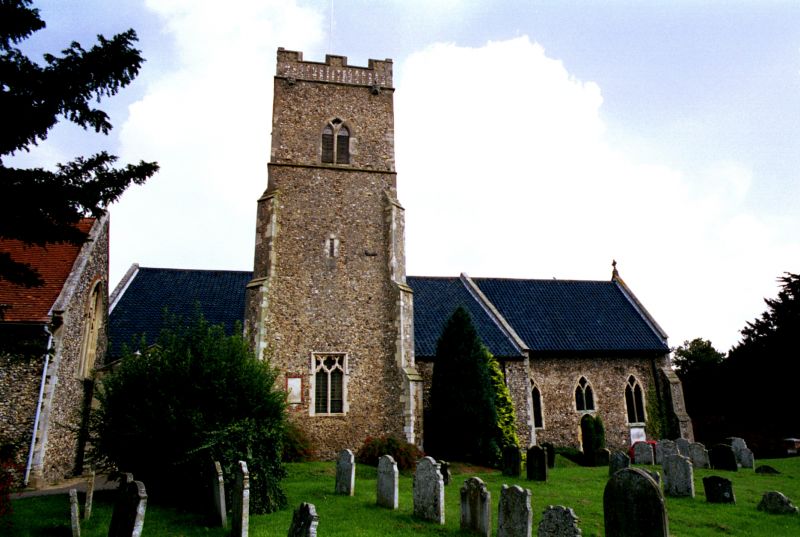 Entry Name: Church of the Nativity of St Mary with Brick Retaining Wall to the North

Parish church, mainly C14, with a major restoration in 1885. Built of flint with
stone quoins and black glazed pantile roof. Nave, north aisle, south porch, south
tower, south aisle and chancel, Clerestorey removed and nave roof re-built in
circa 1790. Brick and stone west gable parapet with restored curvilinear style
window below. North aisle with north door and 3 curvilinear style window.
(2 lights with quatrefoil vessica), South porch with C15 doorway and rebuilt
brick parapet with tumbling in. 2 stage tower with stepped diagonal buttresses
to the south, and battlemented flushwork top. Curvilinear style window and bell
openings with 'Y' tracery, South aisle with 1 south window and 1 east window, and
chancel With 3 south windows with C19 priests door under central window, 2 windows
to the north and east window all in the curvilinear style. North arcade C14, of
4 bays with octagonal piers, moulded base and capitals. South arcade C13, 4 bays,
with C14 responds, moulded base and capitals. Tower door in arch, with mediaeval iron
work. Chancel, nearly all rebuilt, with to south a niche with curvilinear tracery,
ogee hood mould with crockets and a piscina to the right on an octagonal column with
base and capital. On the north wall a fine monument, probably William de Kerdeston
died 1361. He lies on a bed of pebbles on a tomb chest with eight weepers, and
above a canopy with two tall ogee arches, with a pendant between the quatrefoils in
the spandrels, with a band of Perpendicular tracery behind. Brass to Sir William de
Kerdeston and his wife Cecily (died 1391). Early C13 square font with shallow blind
arcade, of Purbeck Marble. Poppy head bench ends some with wild beasts in chancel
and at the west end of the nave. East window dated 1867, by A. & H. H. O'Connor.
Churchyard, raised above Church Hill, and retained by red brick wall to north, with
raking buttresses, and attached to the north aisle wall. (M. J, Sayer M.A.
Reepham's Three Churches T. Hugh Bryant The Churches of Norfolk. Norwich Mercury
Series part 2 No. CCCXCIII)