A Grade I Listed Building in Pebworth, Worcestershire 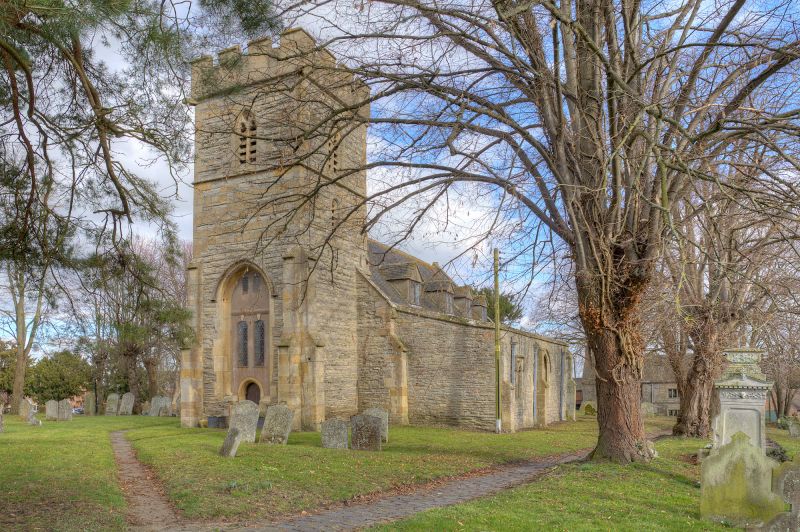 A small village church relatively untouched by C19 restoration. Outside the north wall of the nave is a weathered medieval stone recumbent effigy of a priest.