A Grade I Listed Building in Rous Lench, Worcestershire 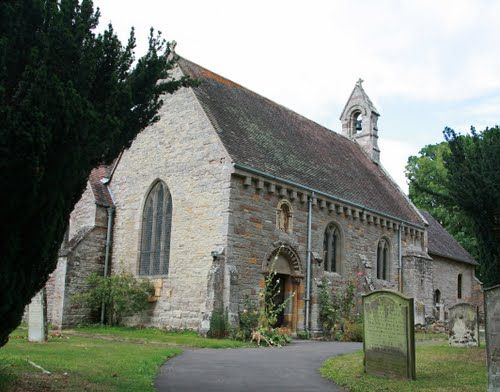 Nave: south wall of three bays divided by stepped buttresses, windows of two east bays of 1885 have semicircular heads and two trefoiled lights, west bay contains mid C12 south door, having semi-circular head with zig-zag ornament and spiral-fluted columns, above which is a semi-circular headed recess in which is set a relief of Christ seated and blessing; Romanesque revival bellcote at east end of nave.