A Grade II Listed Building in Eardisland, County of Herefordshire 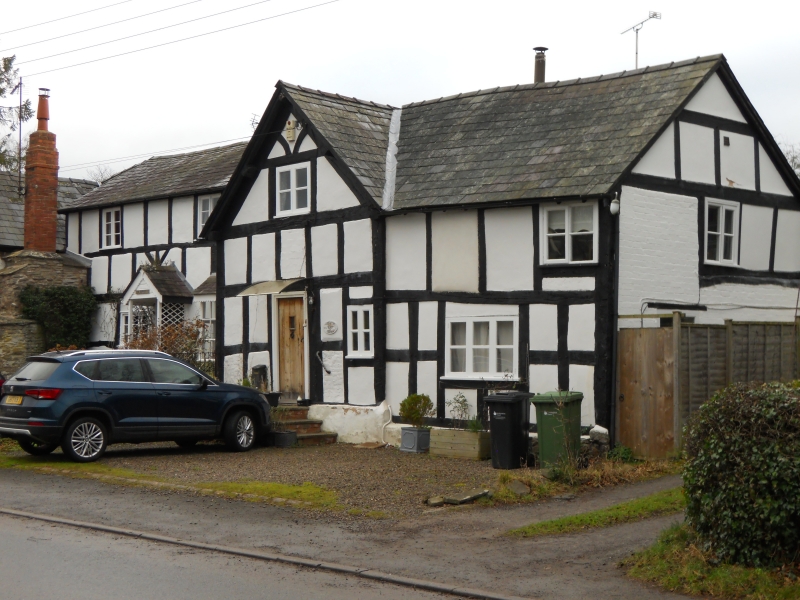 Three houses. C17, with some late C18, mid-C19 and late C20 alterations.
Timber-frame with painted brick and rendered infill on a coursed rubble plinth
under a slate roof. H-plan, main range aligned north/south containing The
Burcott, Cobblers Cottage to north cross-wing, Post Office to south. Main
stack in angle between north cross-wing and main range is of rubble with an
oven and a brick shaft. A further small wing extends to south from south-west
corner of south cross-wing. West front of two storeys to centre (raised in C18)
with cross-wings of one storey with attics lit by 2-light casements in the
gable ends. First floor has two 2-light casements. Ground floor has a 2-light
casement to left under a plank weathering; to the centre a 3-light casement on
left and a canted bay window with slate roof to right. Right-hand cross-wing
has a fixed window. Three entrances, that to the left has a half-glazed porch
with two-leaf door, to centre a four-panel door under a lean-to tiled canopy
and to right a ledged and boarded door. Further wing to right of two storeys
with a 2-light casement over a 3-light casement. Framing: three rectangular
panels, the central range with straight angle braces. The gable trusses have
two struts to the collar with V-struts in apex.