Church of St John the Baptist and St Alkmund

A Grade I Listed Building in Aymestrey, County of Herefordshire 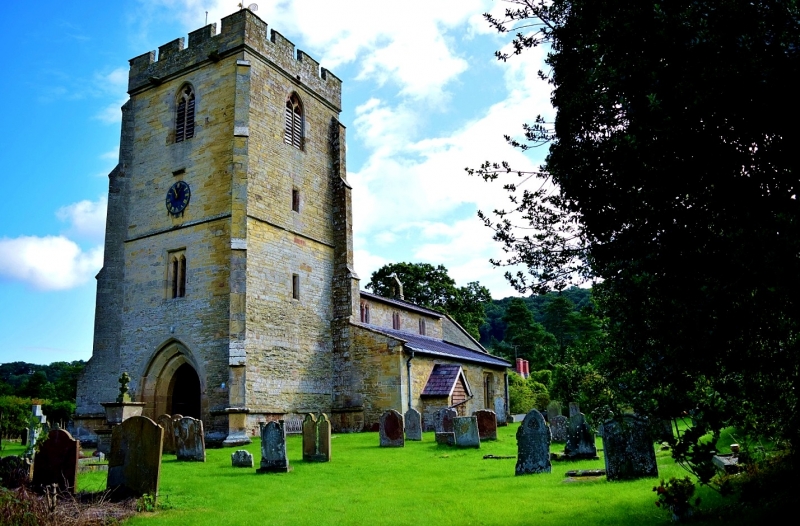 Church of St John the Baptist and St Alkmund

Fittings: early C16 rood screen between
chancel and nave has a central doorway flanked by three bays each side: These
have linen-fold lower panels and open upper panels with trefoiled and sub-cusped
heads, two similar heads to doorway: Enriched middle rail and moulded and
shafted posts from which springs the vaulted soffit of loft. Vaulting has
moulded ribs and cusped panels with moulded and brattished cornice. Contemporary
parclose screens enclose the east bay of both north and south aisles. Each
screen has a central doorway flanked by four bays on each side, side bays with
linen-fold lower panels and open upper panels with cinquefoiled or trefoiled
and sub-cusped heads, double heads to doorways. The cornice has a running
vine decoration and is brattished. These are an exceptional survival of very
high quality.