A Grade I Listed Building in Astley and Dunley, Worcestershire 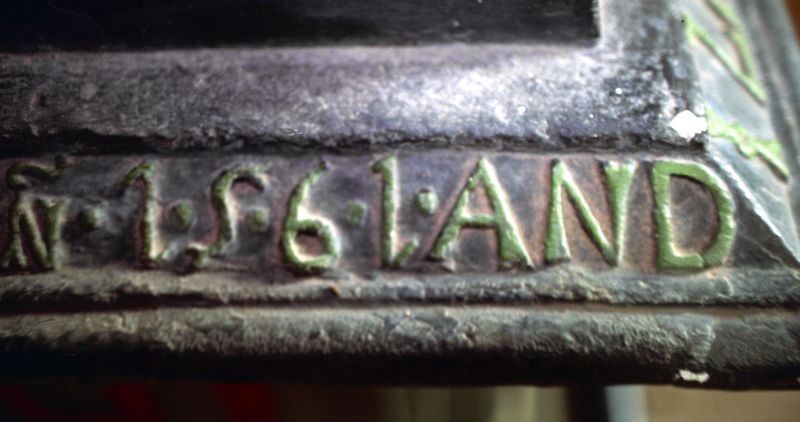 Fittings: unusual pedestal font probably C14 with octagonal bowl has large paired petalled motif to each facet and heavily moulded top; Jacobean pulpit. North Blount chapel contains two polychrome C16 tomb chests with recumbent effigies in contemporary dress, that to the north commemorates Robert Blount who died 24th May 1573 and his wife Anne, figures of children in low relief bearing name labels decorate the sides of the tomb, on the west side is inscribed "Jhon Gildon of Hereforde made this towmes anno domini 1577". The second tomb on the south is similar and commemorates Walter Blount (1561) and his wife Isabel (1562-3). On north wall are two wall monuments, the eastern one to Thomas Winford of c1702, a good example in white marble with garlands, putti and obelisks executed by John Bacon. West tower contains two hatchments.