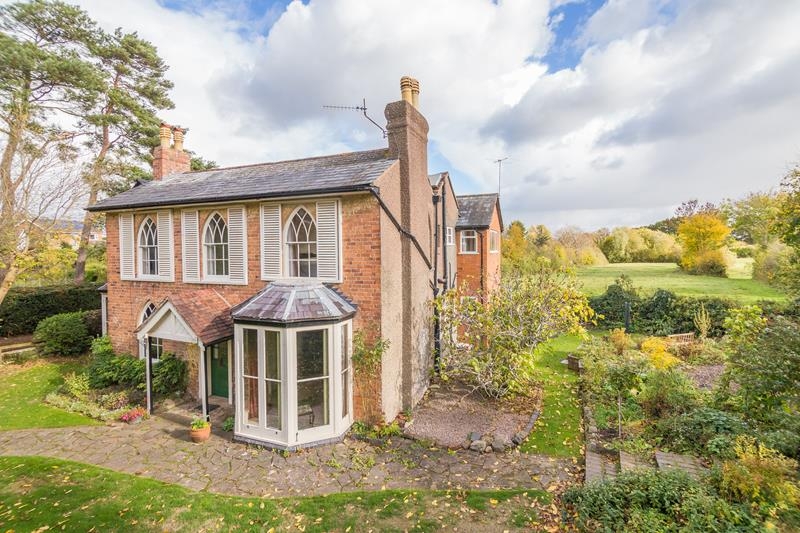 EXTERIOR: two storeys. Later C19 open timber porch; reeded architrave to early C19 half-glazed door with glazing bars to upper half. Pointed arches over early C19 Gothick-style sashes with switch tracery over 6-pane sashes, all these having horizontal-sliding louvred shutters of mid C19 or earlier date. Canted bay window, reconstructed after the original patter, of late C19 date, to right. Set back to the left is the gabled front of the mid C19 extension, with similar canted bay to ground floor and plate-glass sash above with similar louvred shutters.

INTERIOR: stick-balusters with moulded newel post to winder stair, the original partition having been removed to the left-hand room which has a classical-style marble fireplace with corner roundels. The mid C19 extension has moulded cornice to ground-floor room. Early-mid C19 joinery including panelled doors. The facade in particular comprises a handsome example of the Picturesque Gothick of the Late Georgian period, the shutters being very rare surviving examples.