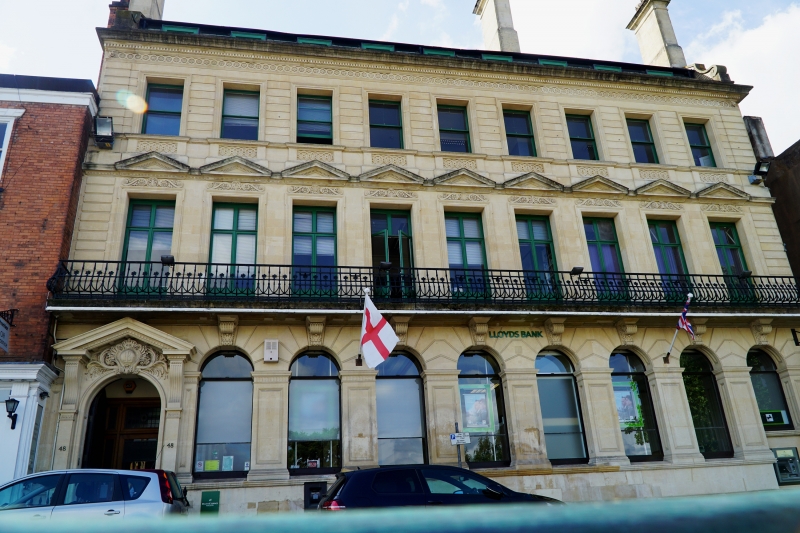 BELLE VUE TERRACE
1.
5245
(West Side)
No 48
(Lloyds Bank)
SO 7745 NW 4/109
II GV
2.
Italianate building of circa 1840, possibly including remains of the Crown
Hotel, with some work of 1930. Ashlar to front, brick to side; moulded cornice
and blocking course, dentil cornice and guilloche band. Rusticated end pilasters.
Three storeys. Nine windows, shouldered surrounds, carved aprons. First
floor windows have pediments linked by dentils with scrolls and shouldered surrounds
to French windows with continuous iron balcony on large brackets. Eight round-headed
windows to 1930 ground floor, with panels between. To the left, doorway with
open pediment on brackets with bank monogram above keystone; inset door. Mansard
roof has 9 later flat attic windows and 3 tall stone stacks. Said to have
been the first water cure establishment in England, after its introduction
in 1842.