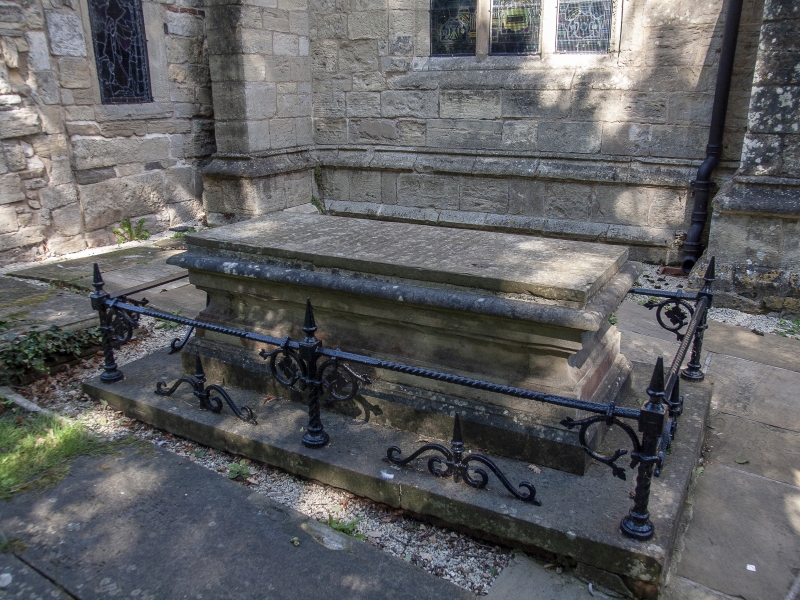 Chest tomb. 1735 graveslab, recut 1819, with later C19 chest and enclosure,
restored in 1953. Ashlar, wrought-iron railings. Inscribed stone to Samuel
Wesley of 1735, on moulded ashlar chest in enclosure with ashlar base and
low decorative wrought-iron railings. Inscription on east side of chest
records 1953 renovations by Tyas Guest Swinton. Samuel Wesley, Rector of
Epworth from 1696 to his death in 1735, was father of John and Charles
Wesley. During Whitsun week in June 1742, when not allowed to officiate
within the church, John Wesley preached every evening from his father's
tomb. Included for historical interest. W Read, History of the Isle of
Axholme, 1858, pp 191, 212; Church Guide, 1984, pp 7, 11.