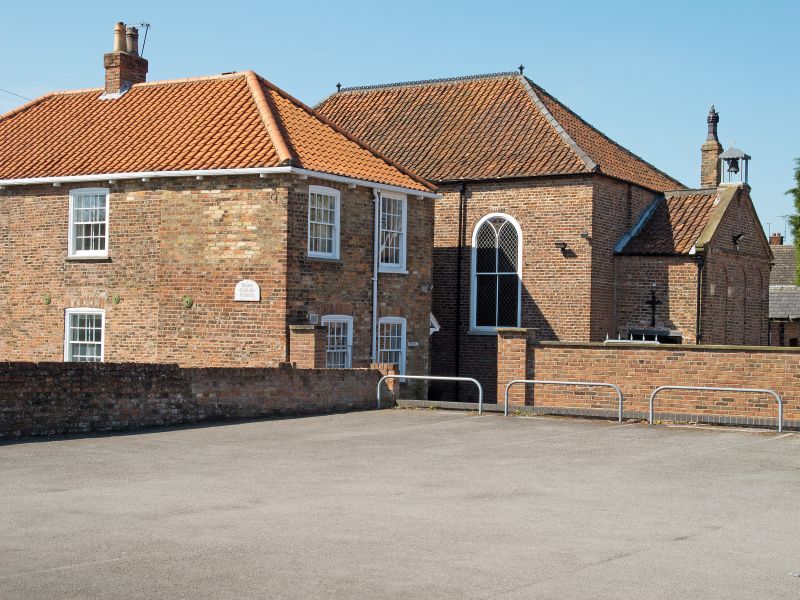 1803. Built during ministry of Father Joseph Swinburne (1774-1845), who had
moved the Catholic Chapel from Nuthill where it had been established by the
Robinson family. Brown brick. Pantiled roof. Three lunette-headed windows
per side, whose original glazing was replaced in 1892 with pre-Raphaelite type
stained glass.
Interior. Altar set in frescoed apse with comtemporary architraves and pilaster.
Similar apse at opposite end contains gallery with carved and panelled front.