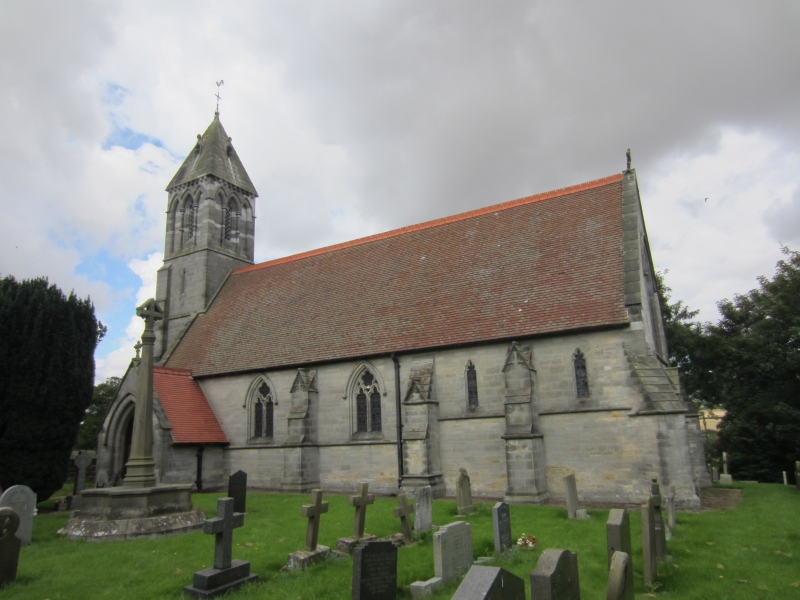 Tower: chamfered plinth, clasping buttresses with offsets to third stage. Roll-moulded first stage band. To second stage, west side a two-light window with geometric-style tracery to head in pointed double-chamfered surround under hoodmould. To third stage, south, west and north sides a slit window with ogeed, chamfered surround. To fourth stage each side a blind arcade of three pointed arches on banded shafts with central ogeed trefoil headed lancet, under continuous hoodmould. Corbel table. Pyramidal roof with small gabled lucarnes to each side surmounted by crosses and with lancet windows.