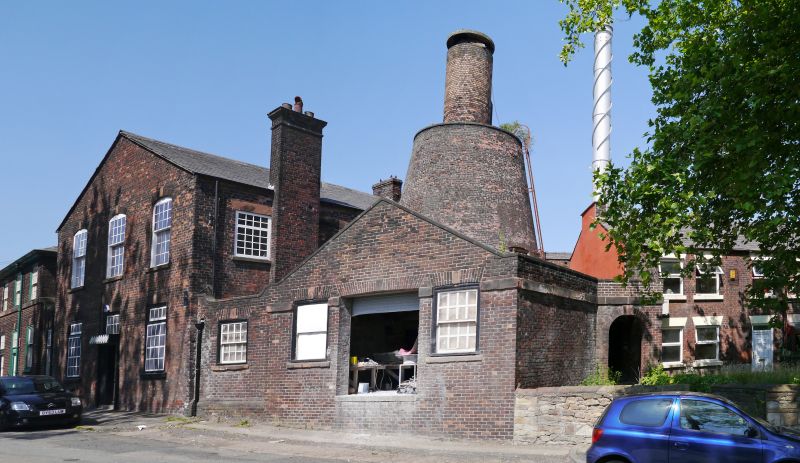 Windmill tower. Probably late C18, with early C19 alterations,
and later removals. Tapering circular brick tower, brickwork laid
to garden wall bond, with flat roof and C20 metal ladder giving
access to roof. Cap sails, and machinery removed. Three storeys,
the middle (first) floor with three 9 paned sash windows beneath
segmental brick arches. The lower tower body is now enclosed
within later C19 housing, (Nos 96 and 98). The mill was
associated with Ravenhead Plate Glassworks, of 1773, and is shown
as one of two windmills within the Glassworks in Sheriffs map of
1816. The association with the glassmaking process may represent
a change of function from grain milling.