A Grade I Listed Building in Herne Bay, Kent 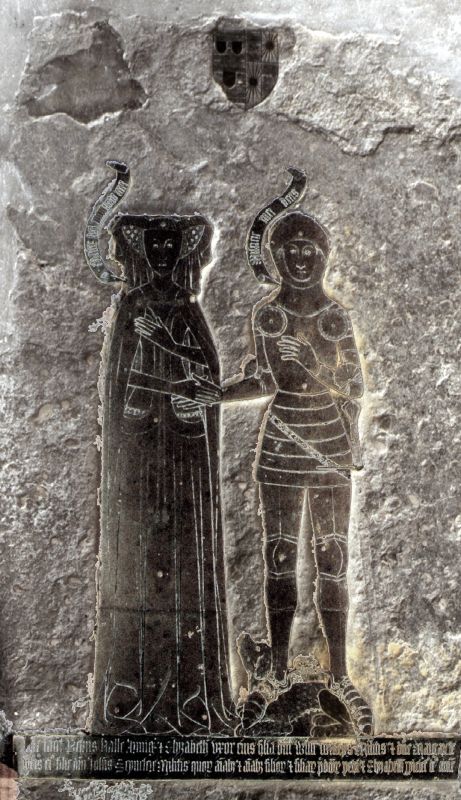 Almost wholly rebuilt in the mid C14, but the arch to the S chapel is C13 and the NW tower is early C14. The N porch is dated to 1350. Some refurnishing in the later middle ages, and the chancel was reroofed probably in the C17. Substantial restoration in the C19, including reroofing the nave and aisles. Work on remodelling the chancel chapels was carried out in 1890-2 to designs by Francis Butler. An office and vestry complex was inserted into the S chancel chapel in the late C20.

EXTERIOR: A long, low church with no clerestory, largely C14 in appearance with some later windows. Extensively renewed externally, but seemingly along the original lines. The fine NW tower has three stages, with banded flint and ragstone masonry in the lower stage and plinth. Early C14 W window with intersecting tracery with foiled circles and trefoiled lights. The upper stages have pairs of trefoil headed lights. Large Perpendicular W nave W window and ogee reticulated window in the W end of the S aisle. The tower makes a good composition with the nave and aisle W gables. The S aisle has Decorated S windows, and the S chancel chapel is wider than the aisle, having been extended in the C19. The mid C14 chancel W window has a foiled circle over vertical tracery, and is on the cusp between Decorated and perpendicular styles. The N chancel chapel and aisle has an embattled parapet and gable, with two probably early C16 E windows with vertical tracery. There is a C19 statue niche with an Annunciation and two cusped plaques with lilies in the gable. Decorated windows in the N chapel and aisle N windows. Two story N porch, dated by documentary evidence to 1350, with a stoup on either side of the entrance.

INTERIOR: The interior is plastered and painted, and is largely C14 in date, but the early C13 arch to the S chancel chapel from the aisle, the relieving arch for the tower and the differing heights of the nave arcade pier bases suggest the present building was rebuilt around an existing church. A former apse was also discovered under the floor of the N chancel chapel in the late C20 during refurbishment and is marked in the modern flooring. The NW tower stands within the W bay of the N aisle and probably predates the aisle. The elegant S and E tower arches have many orders of tiny mouldings, and the base of the tower has a quadripartite vault on shafted corbels with finely carved heads. There is a large, four-centred relieving arch on trefoiled squinches over the N tower arch. The unusually low chancel arch is simple and has a single, narrow order, perhaps cut back, and polygonal responds. The S nave arcade has 5 bays, with arcades of two chamfered orders on polygonal piers with moulded capitals and bases. The 3-bay N arcade and the 2-bay N and S chapel arcades are similar. There is a pair of C19 relieving arches with elaborate foliage and head corbels on the N chapel side of the N chancel chapel arcade. An additional shaft to support the N chapel roof has been added against the pier of the N chancel arcade. The S chancel chapel, which opens from the S aisle through an early C13 arch with chamfered imposts, was enclosed to form a two-story vestry and office complex in the late C20. It has a fine, but damaged, early C16 blocked priest's door. There are squints from both chancel chapels into the chancel, and a window in the chancel S wall opens internally following the extension of S chapel in the C19.

PRINCIPAL FIXTURES: Excellent Perpendicular font with shields and blind tracery on the bowl, and an elaborate blind tracery stem and base, datable to c.1405-14 by the heraldry. Late C15 or early C16 three seat sedilia in chancel with cusped, four-centred arches and stepped seats under a straight, embattled cornice. Adjacent piscina with a cusped head. Probably early C16 chancel stalls with fine poppyheads, shaped arm rests and carved misericords. Two additional rows of C19 benches with poppyheads in front. There is a cusped, ogee piscina and another recess in the S chapel.

Very good Perpendicular screen to the N chapel, with cusped ogee reticulation on the panels. The doors have Renaissance motifs, each panel different. They appear to be C16 replacements, but the whole may be C16. The upper part has four centred openings or four vertical lights with complex, miniature tracery and cresting with vine scrolls. The screen was copied in the late C19 or early C20 for the S chapel. The chancel screen is late C19 or early C20 and is in a Decorated style, with heavy nodding ogee arches in the upper section. The cross is supported by curved, cusped braces. C19 nave benches with blind traceried ends and backs. C19 polygonal pulpit with Decorated-style blind tracery similar to that on the chancel screen. Elaborate C19 reredos in chancel with figures in carved niches.

Many good monuments. Good brasses, especially in the N chapel, including Peter Halle, c.1430, a knight and lady holding hands; John Darley, c.1460, a priest in academicals; and Christine Phelip, d.1470, and several C16 and early C17 brasses. There are many good wall monuments, most within the S chapel and unfortunately often partially concealed by the C20 work for the vestry. Notable monuments include Robert Knowler, d.1631 and wife, kneeling figures within an elaborate frame with cherub swags and a segmental pediment and Gilbert Knowler, d.1737, a draped tablet within a large frame with Ionic columns and a scrolled pediment. In the chancel, Sir William Thornhurst, d. 1606, a kneeling figure, the tablet topped by a real helm. There are also a number of good ledger slabs, including one for William Ewell, d. 1733, with sculls.

The probably C17 chancel roof has trussed rafters and tall, thin crown posts on light, slightly chamfered beams. The C19 nave roof has arched and wind braces. The S aisle and S chapel roofs of 1892 are panelled, and have curved braces on long posts. The N aisle roof is also of trussed rafter construction.

HISTORY: Herne was a chapel of ease to Reculver until the early C14, and it is likely that the present church was rebuilt after it became a vicarage at that time, although there is clear evidence for one or more churches on the site before that date.

REASONS FOR DESIGNATION
The Church of St Martin, Herne is designated at Grade I for the following principal reasons:
* Outstanding and very complete church of the mid C14, with NW tower and fully aisled nave and chancel.
* Evidence for one or more earlier churches on the site.
* Very fine, vaulted NW tower.
* Excellent late medieval furnishings, including choir stalls with misericords, C15 font and fine screen to N chapel.
* Excellent brasses and monuments.