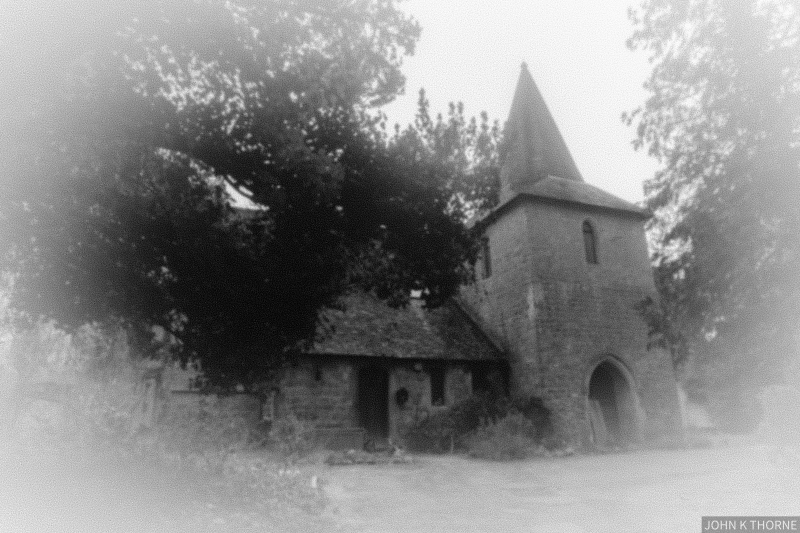 II
A C19 rebuilding but preserving a medieval N doorway in the N face of the tower. Architects unidentified.

EXTERIOR: At the NE corner is a large squat, unbuttressed tower which, on its N face, incorporates a pointed medieval doorway with a moulded arch and a hood-moulded with stops. At the top of the tower are plain single-light lancets. The spire too is squat and is of the chamfer type. The E end has a pair of lancet windows with a circular, cinquefoiled window between and above them. The W window has three lancets grouped under a hood-mould. There is no distinction between the levels of the nave and chancel roofs. On the S side there is a gabled projection with a pair of lancet windows in the S wall.

INTERIOR: Not inspected. The interior has been converted into living accommodation.

HISTORY: This former church was converted to residential use c1980.

REASONS FOR DESIGNATION:
The former church of St Lawrence, Allington, is designated at Grade II for the following principal reasons:
* It is a picturesque, small-scale C19 rebuilding of an earlier church and which incorporates a medieval doorway in the N face of the tower.
* The site has archaeological potential /sensitivity in terms of the below-ground remains of the medieval church and burials.