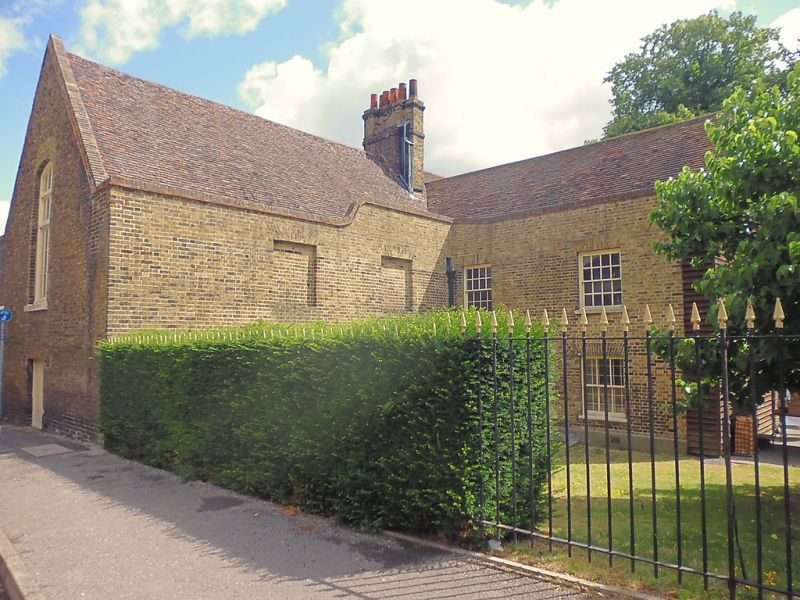 2.
The property of Gravesend Corporation. The Chantry chapel is all that remains
of the leper hospital of Milton which was founded by Aymer de Valence, Earl of
Pembroke, about 1322. This was converted into a dwelling at the Reformation and
became a public house called the New Tavern in the C18. It was restored in 1852
and 1862 and again recently. The east wall is of flints. The remainder of the
exterior has been rebuilt or encased in brown brick in the C19. Tiled roof.
Restored window of Early English type in the east wall. C17 chimneystack. The
interior contains a C14 arch-braced roof on the 1st floor and a stone fireplace
with blank spandrels. Similar C14 arch-braced roof on the 2nd floor. There are
the remains of a cross-wing 3 bays with Queen post roof.