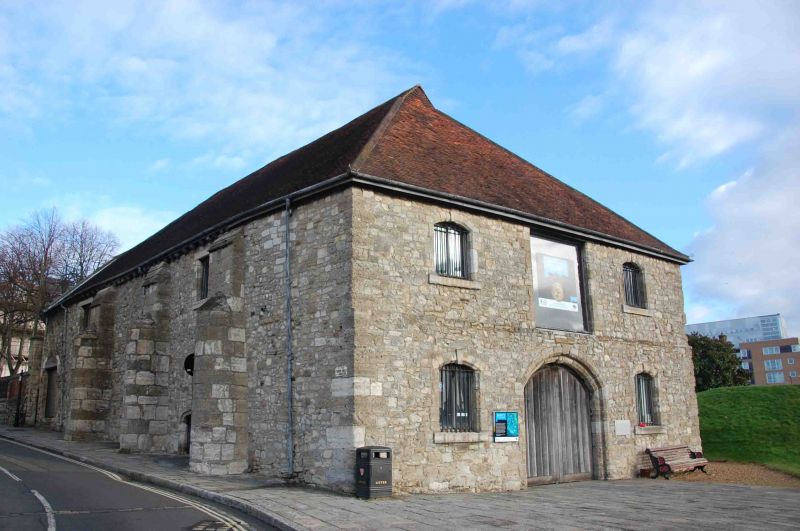 2.
C14 with C18 alterations. This was built, after the French raid of 1338,
by Cistercian Monks as a storehouse for wool to be exported to Europe. It
is the only surviving freestanding mediaeval warehouse in Southampton. Two
storeys built of stone rubble with angle quoins. Old tiled roof. The west
side has 3 massive buttresses, semi-circular in plan, probably added in the
C16 and C17. In the C18 the building was used to house French prisoners of
war during the Seven Years War and Napolionic Wars. At this time the quay
front was rebuilt with segmental-headed windows and central door. The interior
contains a fine C14 arched collar braced roof of Spanish chestnut. Aumbry
set in the northern bay of the west wall at first floor level. Scheduled
as an ancient monument.