The Duke of Wellington Public House 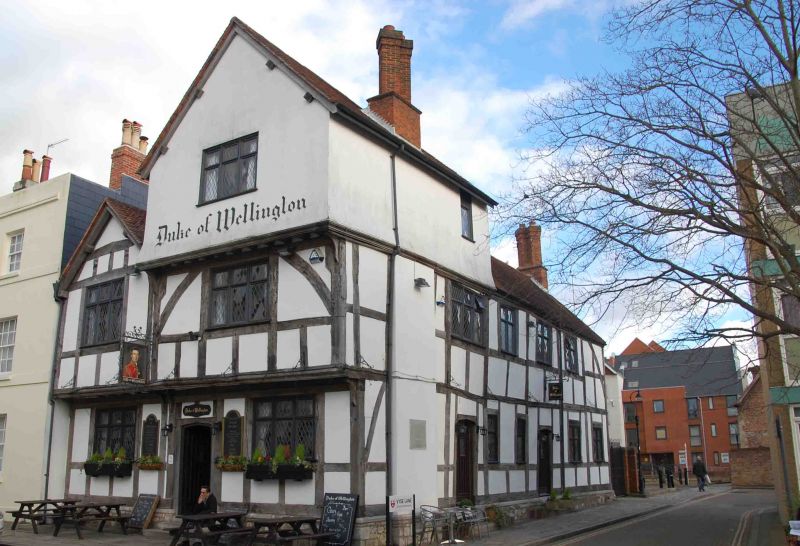 2.
C13 and C15, restored in 1962-3. The foundations and cellars are C13 and
are the remains of a house built circa 1220 by Benedict Ace, one of the earliest
known Mayors of Southampton who was Mayor between 1237 and 1245. The French
raid of 1338 seriously damaged the house. In about 1494 the remains were
incorporated into the present building by the brewer Rowland Johnson and named
the Bere House. The name was changed after the Battle of Waterloo when it
became a public house. Two storeys exposed square framed timber-framing with
plaster infill on stone base the top storeys oversail. Old tiled roof. Two
C18 windows on first floor facing street. Modern bar front to ground floor.