A Grade I Listed Building in Rock, Worcestershire 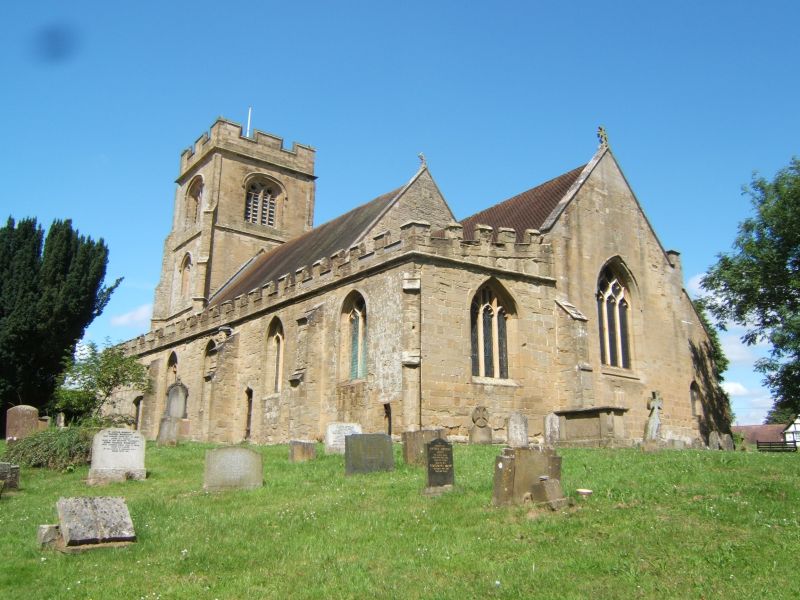 West tower: three stages,diagonal buttresses, crenellated parapet, belfry stage: one window to each side of four trefoiled lights under a four-centred head; first stage: one window to each side has two cinquefoiled lights under two-centred head; ground stage: west window of four pointed lights under two-centred head with label; nave: north wall: divided into four bays by flat pilasters, eroded corbel table; entrance in bay to right of centre is in a gabled projection (of about 500mm) with an enriched arch of three orders with jamb shafts; windows in other bays are paired, the left-hand window of each pair blind; all with semi-circular heads and jamb shafts; also a low restored C14 window
in left-hand bay of two cinquefoiled lights under pointed head.

South aisle and chapel: crenellated parapet, four bays divided by stepped buttresses, 1 + 2 + 1 + 1 windows, mostly two trefoiled lights under two-centred head with hollow moulded responds; entrance to aisle in west bay has a triangular head, moulded surround and a C19 door; clerestory of nave has four windows: three are of two ogee lights under a square head, that to east is a single light with square head; chancel: three bays divided by flat pilasters, C14 vestry in bay to left (now heating chamber) blind in this elevation, central bay has a C12 window with semicircular head and jamb shafts, right-hand bay has a restored C14 window of two trefoiled lights under a two-centred arch, the semi-circular head of a C12 window visible above, east window: restored C14 with three trefoiled lights under two-centred head.

Fittings: mainly C19 with stone pulpit. Font C12 with low relief strapwork decoration to bowl on a C19 cluster of four engaged shafts. In south chapel a medieval altar slab with crudely cut consecration crosses set on a late C20 pedestal; set in south wall a memorial slab bearing incised figure of a priest: Richard Smith, died 1554; to northeast corner of south chapel a table tomb with three quatrefoils enclosing shields to each side bearing traces of colour, top has an incised canopy, the inscription (removed) recorded the date of the 1510 extensions. Stocks and whipping post are at the west end of the nave, with a heavily studded "dug-out" medieval chest.