A Grade I Listed Building in St Albans, Hertfordshire 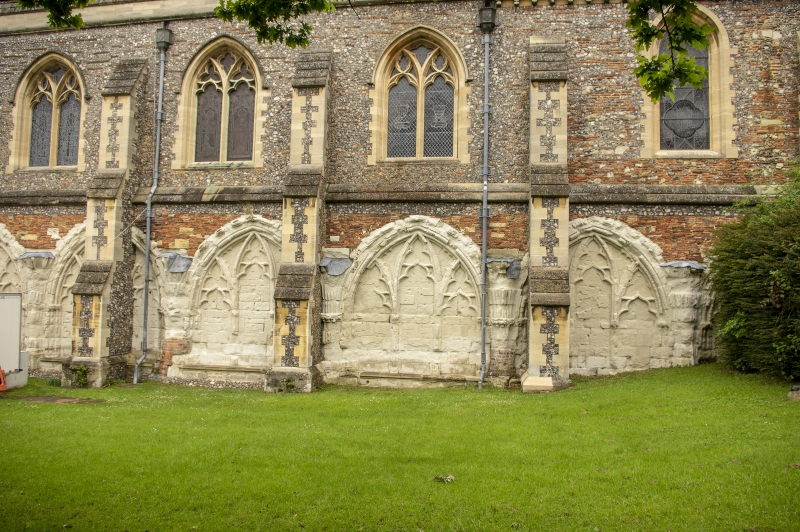 Original Norman church of 1077-1088 of which remains North wall of nave, transepts and crossing tower, although end windows of transepts were altered by Lord Grimthorpe in 1890's. Walls are of flint and Roman brick, the tower almost entirely of Roman brick. There is C12 intersecting blank arcading and a door in the slype. Early English the 3 West bays of North side of nave. Tripartite shafts show that vaulting was planned, but actual vaulting is C19. Later C13 chancel arcade and blank arcading of walls, also retrochoir. Decorated Lady Chapel with C19 vault. South side of nave rebuilt after 1323, and aisle vaulted. Some doorways and windows of later C14. Much alteration, including complete rebuilding of West end and many windows by Lord Grimthorpe in 1890's. Much plastering remains inside from Norman church, with wall paintings both decorative and figurative. Shrine of St Alban (1320, reconstructed) and C14 late guard box the most notable of many monuments inside. RCHM, VCH, NMR.