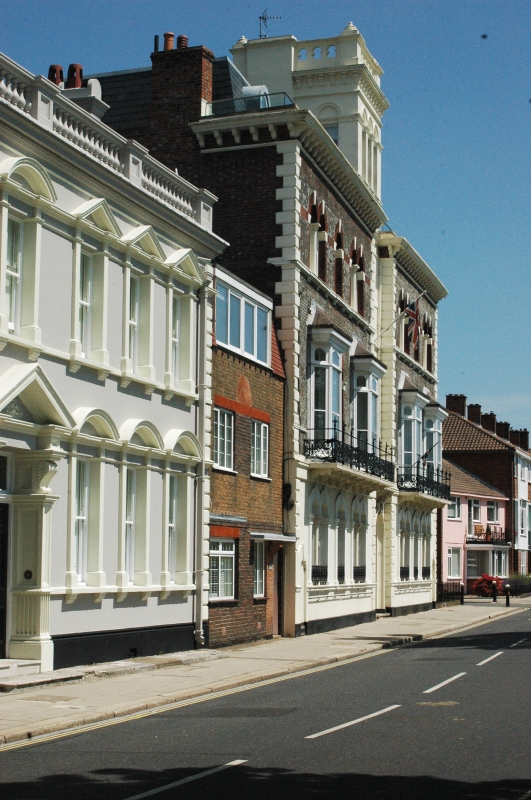 carried all the way round; console bracketed moulded cornice
over with arcaded balustrade to parapet.
INTERIOR not inspected.
HISTORY: this is the only Royal Naval Club in existence and it
was founded in 1867. The tower was used to signal to ships at
Spithead.
(Balfour A: Portsmouth: London: 1970-: 56; Lloyd DW: Buildings
of Portsmouth and its Environs: Portsmouth: 1974-: 47).