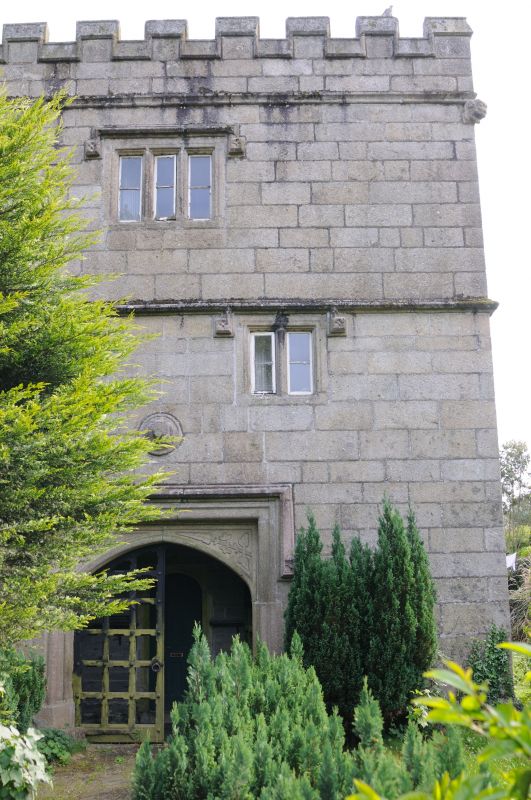 2.
C16 and 1871. Fitzford was the seat of the Fitz family from the C15 to early in the
C17, (see also Fitz monument in Parish Church). The remains of the mansion were
demolished in the Mid C19. The gatehouse was rebuilt stone by stone in 1871. It is
a 3-storey rectangular building with granite ashlar front and local stone at sides
and back. Castellated parapet and moulded stringcourses. Carved gargoyles. Four
centred granite arch to doorway with oak-leaf carving to spandrels. Inner arch 3
centred. Two and three-light stone mullioned windows with hood moulding. In use as
dwellinghouse.