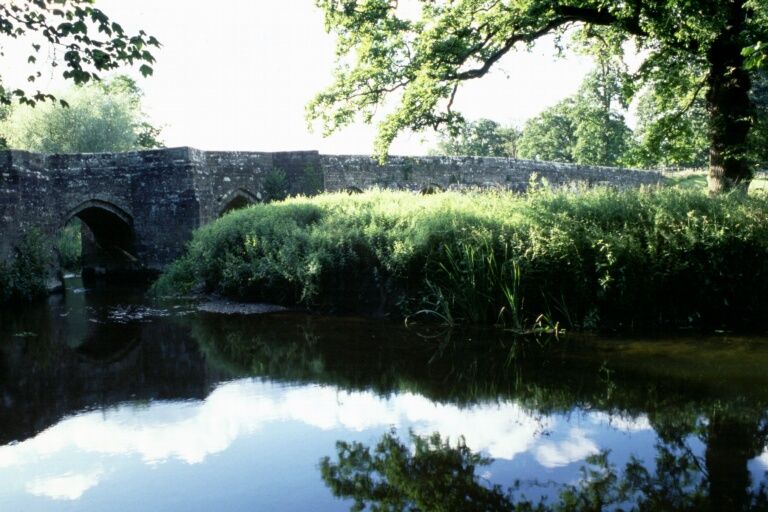 Late C15 long narrow bridge of 9 arches over the River Avon. Built for the
community of Stoneleigh Abbey. Red sandstone ashlar. 10 ft wide between plain
parapets. Slight camber. The river flows through the three southern arches,
the remainder acting as flood arches. On east side (upstream) the southern
three large cutwaters are carried up to form refuges. The remaining five
cutwaters on the east side have all been lowered to the level of the carriageway
and the parapet rebuilt straight. The five arches at the southern end are
pointed of two square orders, the next two are segmental, and the remaining two
are pointed. The west side of the bridge has no cutwaters and all the outer
arches have been rebuilt with buttresses of varying sizes added on each side of
them. The bridge is now disused being bypassed by a modern concrete structure
to the east. (Ancient Monument.)