A Grade I Listed Building in Weston Underwood, Derbyshire 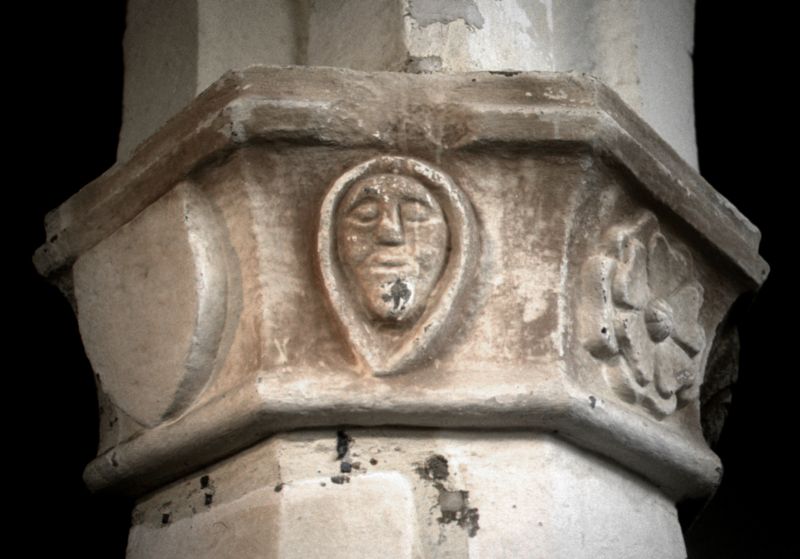 PARISH OF WESTON UNDERWOOD,
Mugginton
CHURCH LANE (west side)
Church of All Saints

Tower of three stages divided by a chamfered and a plain string course, the upper one to the north and part of west side is arched as a corbel table. South wall of tower rebuilt in ashlar, with an C18 round-arched doorway with stone lintel and glazed overlight. West elevation has a massive central buttress with nine set-offs. Lower bell stage to north has C12 paired bell openings with Gothic arches and polygonal shaft, embraced by a plain round arch on nook shafts, one missing. C12 roof line visible to east. Upper bell stage of ashlar with battlements. Two-light bell openings in each direction under flat heads. Cusped arched lights, renewed to south and west without cusping. Four gargoyles above.

Nave and chancel have moulded string courses. The north side has, from the west, a blocked Perpendicular doorway with moulded surround and hoodmould, two three-light four-centred arched windows, deeply set, with concave surrounds. Cusped lights, hoodmoulds. To the left, a three-light window with plain arched lights under a square head. Coat of arms above breaking above the parapet. The chancel east wall has diagonal buttresses, a three-light Perpendicular east window similar to those on the north side and a carved stone with the Staffordshire Knot above. Carved stone to right with crest of the Sanders family. South side of chancel has one similar Perpendicular three-light window without cusping.

INTERIOR: round-arched C12 tower arch with keeled responds and double stepped arch. Above it a round-arched window with deep splay, probably the west window of the C11 church. South arcade of four plus two bays, octagonal piers, double chamfered arches, except for fourth pier which has a section of wall between responds. Chancel arcade has carved capitals with heads and foliage motifs. In the south east corner of the chancel a low four-centred arched entrance opening down into a void, perhaps a crypt. On the north side is a string course rising over a large aumbry recess. On the north side the respond of a double chamfered chancel arch, truncated and not relating to the south arcade. In the nave is a panelled dado made from C18 box pews. More box pews have been used for the ceiling under the tower. C18 box pews in the south aisle. C15 parclose screen in south aisle. C17 pews also in south aisle.

Monuments: table tomb with brasses to Joanna Knifeton 1475. Wall tablet to Samuel Webster, died 1759, slate with a moulded stone surround. Wall tablet to Samuel Pole, died 1758, and on the north wall, a tablet to a person who died in 1687. C15 octagonal font with quatrefoil motifs, completely recut in C19. In the south west corner of the nave and on the underside of an arch in the chancel are traces of wall painting.

Stained glass: In the east window of the south aisle are C15 shields. In the chancel south window are fragments of medieval glass.

Good C15 roofs throughout with chamfered tie beams and purlins and foliate bosses. At the west end of the south aisle is a C17 bookcase and a board inscribed to Hugh Radcliffe. In the sanctuary are two C19 wrought iron and brass standard lamps. C19 brass communion rails.