A Grade I Listed Building in Bradbourne, Derbyshire 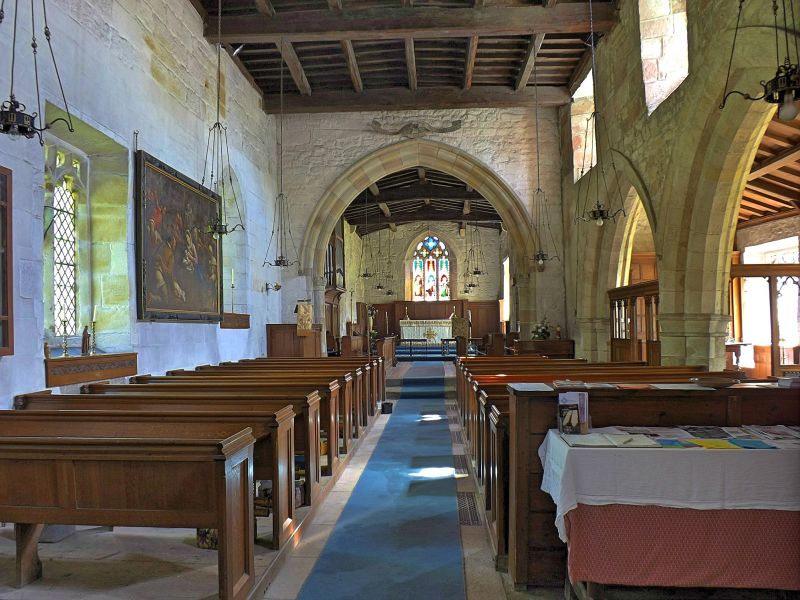 BRADBOURNE
MILL LANE (north side)
Church of All Saints

Series of white marble on slate wall memorials from 1793 to 1926 to the Buckstone family. Also wall memorial of 1643 in limestone with incised coat of arms. Late C16 mural on south wall of south aisle in greys and reds. Architectural surround with inscription. Early font decorated with relief pillars.