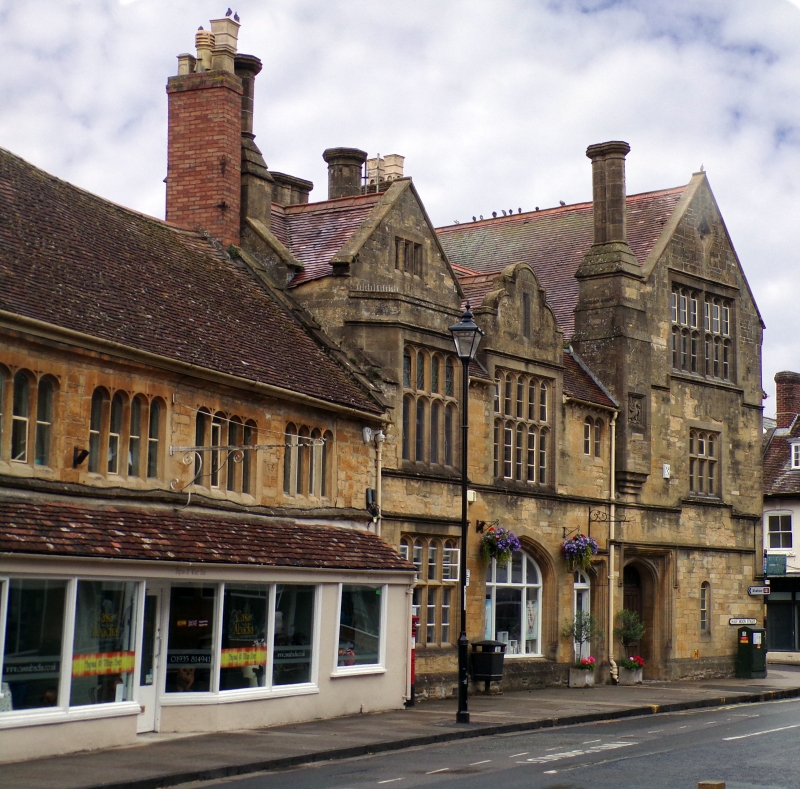 HALF MOON STREET
1.
1625
(North-west Side)
Former Church House
(Comprises: Premises
occupied by W Warr,
Tobacconist
Premises occupied by
Pedley and White
Premises occupied by
John Isaacs)
ST 6316 1/118 28.11.50.
II* GV
2.
Built 1530-34 by the Churchwardens of All Hallows Parish as a Church House.
2 storey stone ashlar range with a series of 4-light stone mullioned casements
on the first floor, with 3 centred or semi-circular heads to lights; 2
sashes at west end. Undulating stringcourse below first floor windows.
The building originally comprised a Church Hall on the first floor and
a kitchen and some tenements on the ground floor. During the sixteenth
century, the hall was used for church matters, and also hired for public
meetings, marriages and for the performance of plays. There is a date-stone
on the building, upside-down, with tile date 1570, which probably records
the shoring up of the walls which took place at that time. In 1693, the
lease was taken over by the Masters and Brethren of the Almshouse, and
in 1701, the whole building was converted into 3 tenements; the date-stone
"1701" with initials W S A which is near the east end is a reference to
the tenancy of William Samson, apothecary, which began in that year. There
are still 3 shops to the ground floor. W Warr's premises has, from left
to right, a 2-light plate-glass window, a doorway with C18 pedimented hood,
a sash window a doorway with slightly pointed head, chamfered jambs and
a 6-panelled door, and, at right hand end, a 4-panes wide sash window.
Pedle's and White premises have a modern shop front, but, at right hand
end, have a 6-panelled door in architrave frame. The ground floor of John
Isaac's premises has a projecting front with tile penthouse and half-glazed
panelled door, circa 1700. Roof: at west end of stone slates, the centre
and east end of plaintiles.
(See J Fowler "Medieval Sherborne" pp 284-293).

Former Church House and Public Weighbridge House form a group with the
Hospital of Saints John the Baptist and John the Evangelist and with the
Abbey Church of St Mary in Abbey Close.
Also forms a group to the right with Saints John Building, Cheap Street.