Chapel of St Peter on the Wall

A Grade I Listed Building in Bradwell-on-Sea, Essex 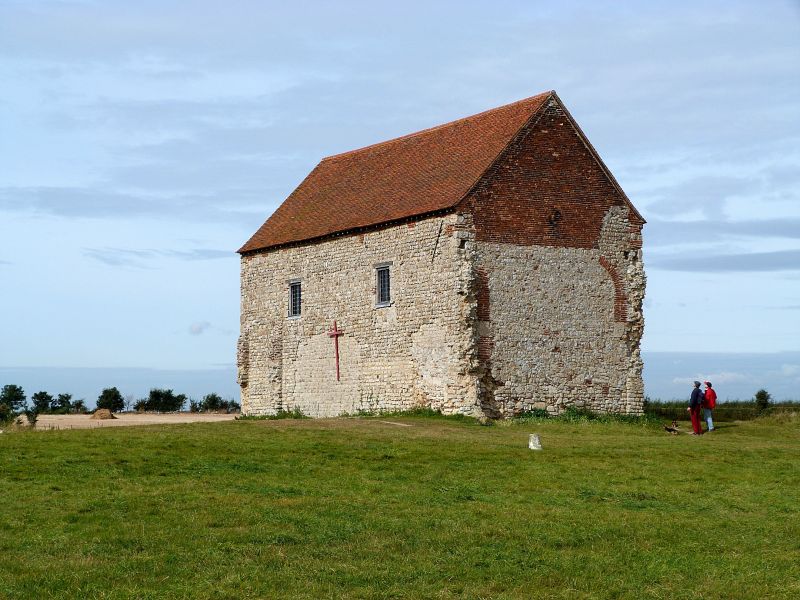 Entry Name: Chapel of St Peter on the Wall

Find accommodation in
Bradwell on Sea

Chapel. C7. Said to have been built by the Saxon Bishop Cedd, circa 654.
Built astride the former west wall of the Roman fort of Othona, then called
Ithancaster, used for various purposes including a barn, restored as a Chapel
circa 1920. Excepting C20 restorations, built of re-used Roman materials
including brick, ashlar and septaria. C20 red tiled roof. Originally with
apse, north and south porticus and west porch with later tower, now only the
nave remains. Approx. soft. x 22ft., the walls rise to a height of 24ft. under
the eaves and are 2 1/2ft. thick. In the east wall are Roman brick springers and
responds of 2 arches about 2ft. from north and south angles. Upper gable area
rebuilt of old material. The north and south walls were apparently divided into
bays by tabled buttresses, the remains of 2 to each western bay are visible.
The central areas of both walls were demolished to allow entrance when the
building was used as a barn and have now been rebuilt. Remains of a doorway
visible at east end of south wall. High up in the south wall are 2 windows with
possibly restored original jambs and splays, a similar window to north wall, the
other original window now mainly destroyed. The west wall with the junctions of
the original porch walls, stone quoins. Central original round headed window of
Roman brick with jambs of stone and brick. Central original doorway with C20
lintel and vertically boarded door. RCHM 3. A.M.