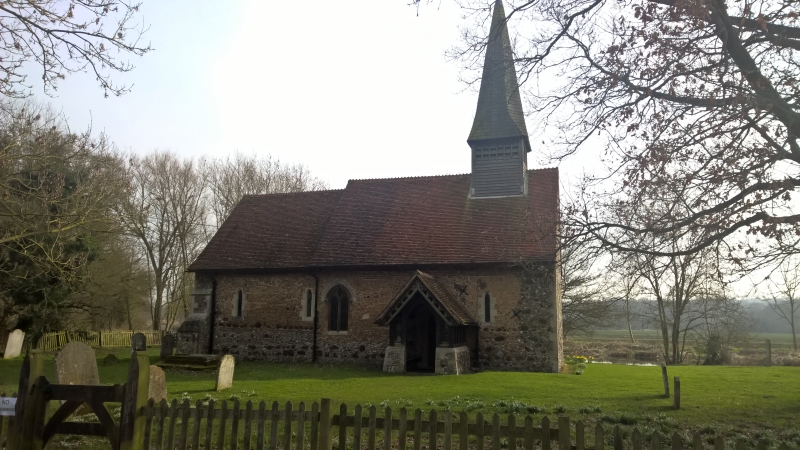 Earliest records of church on the site in 1299 when Lord of the Manor of Ulting gave the church to Beeleigh Abbey, but physical evidence suggests at least mid C12 origins. Unusual position of nave piscine and sedilia suggests use of nave as parochial church, the chancel for the monks. Extant plans of church before, and with proposed works by Chancellor.