A Grade I Listed Building in Sulhamstead, West Berkshire 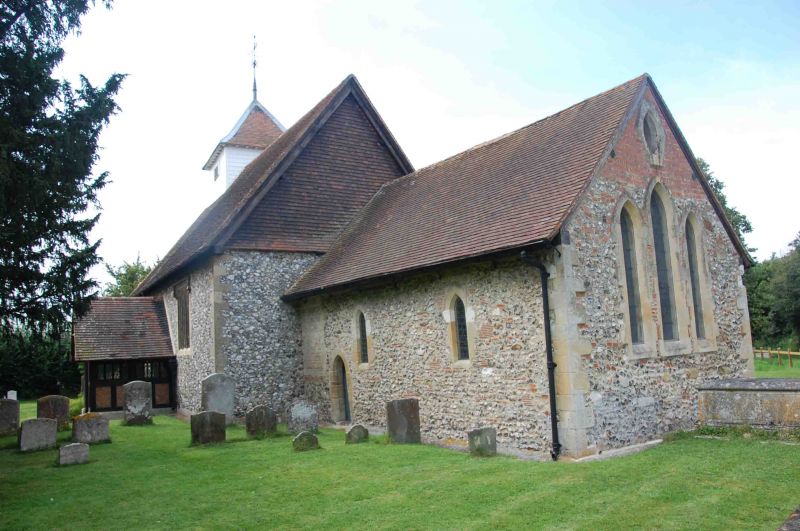 West elevation: Truncated gable with tower rising from it, roof brought down over north aisle; central square headed window with three cusped lights and drip mould, above blocked doorway with four-centred arched head, the blocking incorporating carved stones which appear to have been cusped window heads.