The Obelisk on North Hill 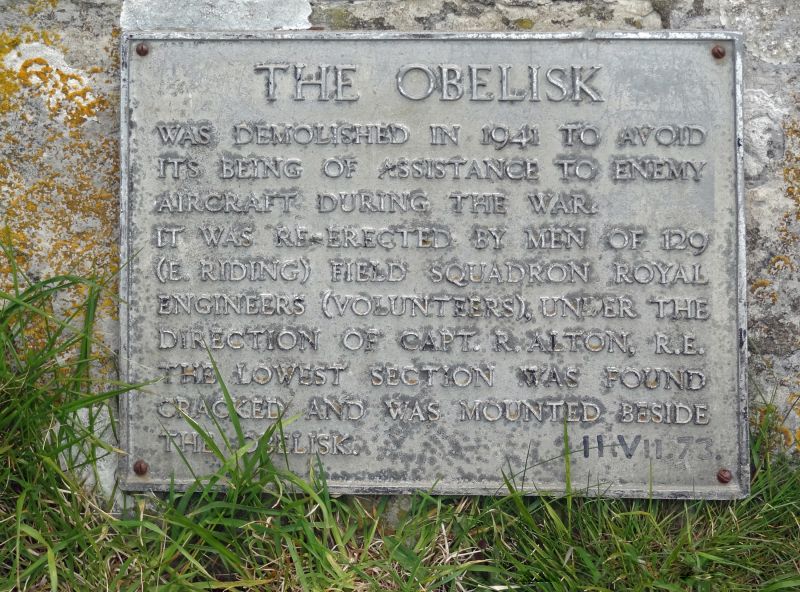 ULWELL ROAD (OFF)
The Obelisk on North Hill

II
Originally erected in London, near St Mary Woolnoth's Church, in the mid C19. Brought to Swanage by George Burt, and erected on its present site in 1892, to commemorate the provision of a new water supply to the town. Re-erected. in 1973 after being taken down during the Second World War. Hexagonal granite obelisk on a two-stage base, with pointed top, standing on a prehistoric round barrow. A prominent feature of the landscape.