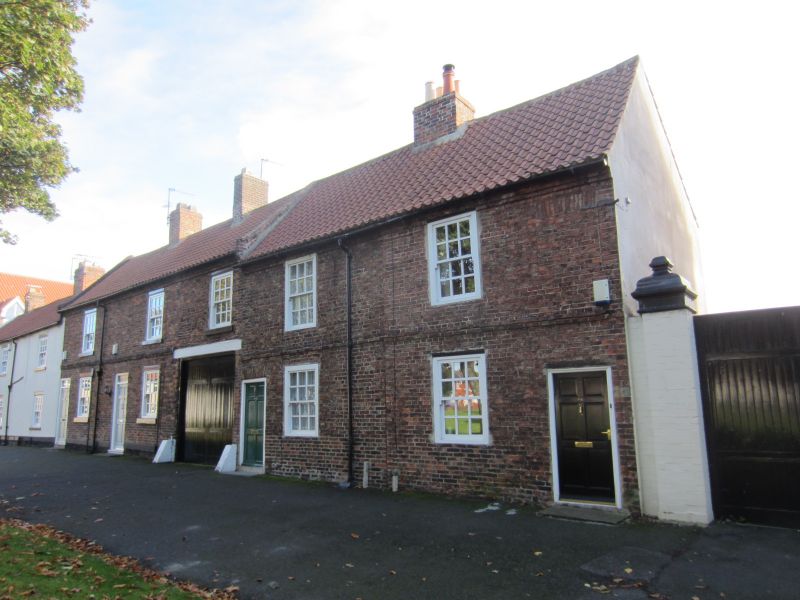 
Mid C18. Two storeys. Five windows in all on first floor. Nos 63 and 64
slightly stepped down from Nos 61 and 62. Brick built with 2 course string
and eaves band. Pantiled roofs. Raised verges to Nos 61 and 62 with brick
kneelers. Three brick chimneys. Glazing bar sash windows, with flat arches
on ground floor. No 64, separate build from No 63, has a small blocked window
on first floor. Nos 61 and'62 have 4-panel doors with narrow light above.
Doorway to No 64 has timber lintel. Wide through passage on right of No 62
leading to yard of Nos 56-57. Hipped pantiled stable building at rear of Nos
63 and 64.