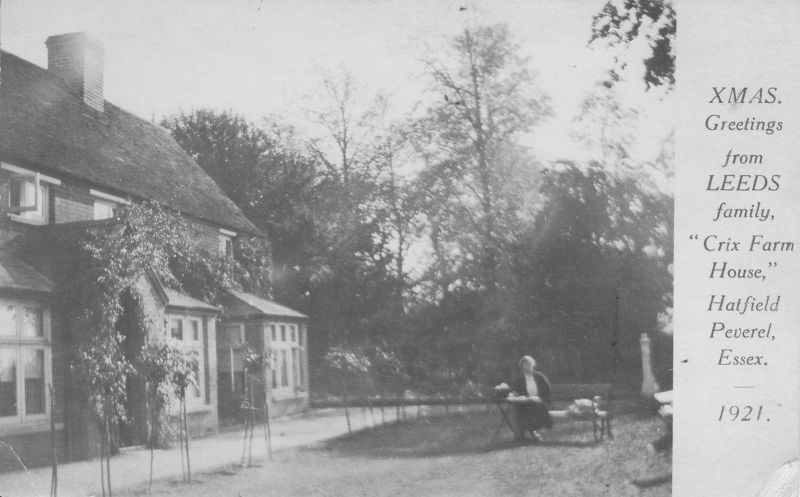 On first floor, Art Nouveau fireplace of carved wood and cast iron installed at time of major alterations in 1906. Roof destroyed by fire except close-studded gable at right end, charred but intact. It is likely that the original stack was in the second bay from the left end, forming a lobby-entrance, removed in the C18 to form an entrance hall.