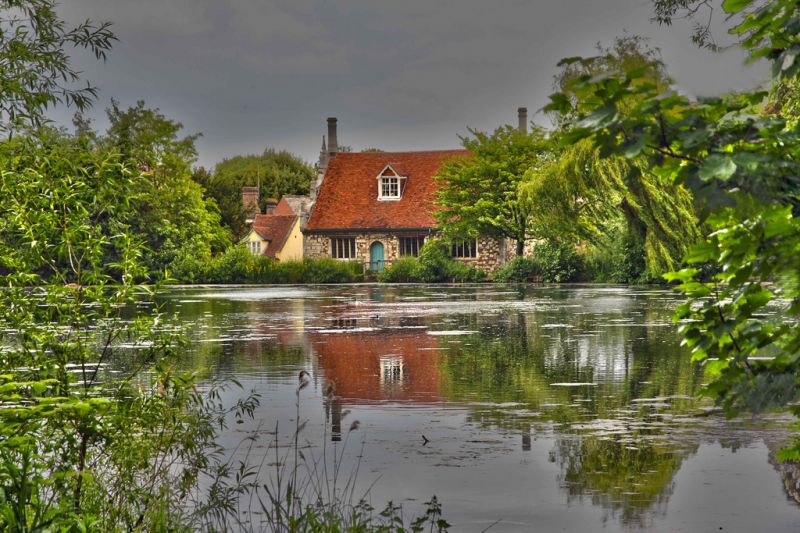 2.
Built in 1591 by the Lucas family from the C12 and C13 materials of the
destoryed of St John's Abbey (Bourne Ponds belonged to the Abbey) probably
on the site of a former mill. Its elaborate character suggests that it
was built for a fishing lodge. In the Cl7 it became a cloth mill (Dutch
refugees) and was used as such until the mid C19, when it was converted
to a corn mill. It is of 2 storeys and has elaborate Dutch gables at each
end with curved and voluted off-sets mounted with pinnacles, and at the
apex an octagonal chimney stack. In the south Gable is a stone panel
inscribed "Thomas Lucas, miles, me fecit Anne Domini 1591". There are
original windows on the front with stone mullions and moulded labels, an
original' doorway with square head, moulded label and moulded panel above
with an achievement of the Lucas arms; there is a weather boarded C19 hoist loft.
The interior, which has been converted into a dwelling house, retains the
mill machinery - 3 great grindstones and the water wheel. An exceptional
building and very pituresque. AM.