Wotton House, with Walls to Pavilions

A Grade I Listed Building in Wotton Underwood, Buckinghamshire 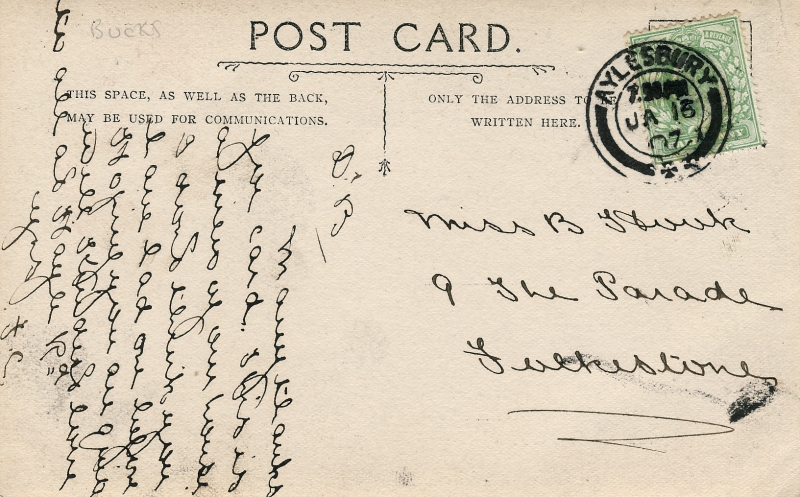 Country house. 1704-14, possibly by William Winde; burnt in 1820 and much rebuilt by Sir John Soane, with alterations to the original design. Built for Richard Grenville (1646-1719).
EXTERIOR: Red brick with ashlar basement, moulded first floor band course, and attic entablature, the cornice repaired with fibreglass c.1960. Giant ashlar Corinthian pilasters to corners and flanking central projection on E. front. W. front has central projection of 3 bays with rusticated stone facing and 4 pilasters. Low brick parapet above cornice has finely carved stone corner urns, attributed to Grinling Gibbons, and stone statues flanking projections. Copper roof with row of 9 rectangular brick chimneys. 2 storeys, basement and attic. E. front of 11 bays, W. front of 9 bays, N. and S. fronts each of 4 bays. Sash windows with thin glazing bars and stone architrave surrounds. Basement has windows with segmental heads and keyblocks. Short 3-light attic casements set in frieze of entablature. Double half-glazed to centres of E. and W. fronts have stone doorcases with bolection architraves and segmental modillion pediments, that to E. on scroll brackets. The W. doorcase is dated 1704 and has Corinthian quarter columns and carved ciphers in frieze and tympanum. At S. end of the house is a terrace with stone arcaded retaining wall and panelled ashlar parapet. To centre is a shell niche between double flight of stone steps leading down to walled garden. Steps have wrought iron balustrade. To left of steps arcade contains windows of orangery with moulded cast iron girders on columns, 2 columns fluted with scrolled capitals. Low ashlar walls with oval windows connect the east front of the house to the pavilions.
INTERIOR: Saloon has 2 early-C18-style doorcases by A.S.G. Butler, 1929, with segmental modillion pediments on Corinthian pilasters, and 2 late-C18 marble chimneypieces with carved friezes, that to left also with delicate Ionic pilasters. Other late-C18 marble chimneypieces in flanking rooms, that in Dining Room with inlaid coloured marble details. Interior decoration remodelled by Soane whose work has been revealed below A.S.G. Butler's decoration of 1929. Most skirting boards, dados, doors, doorcases, window surrounds and shutters have flush triple-reeded mouldings. Dining room and sitting room on ground floor of W. front have fine plaster cornices with honeysuckle, bead and Greek fret motifs. Cornices in upper rooms have gilt beading or staff mouldings. Marble fireplaces with shallow mouldings and paterae. Central passage along axis of house provides vista through semi-circular arches, the N. arches with glazed lunettes above, the S. arch with balcony with balcony to back staircase, the tall central arches opening into hall. Hall has arched doorways, niches and openings to main staircase. Ceiling retains parts of modillion cornice and now has circular panel instead of opening to upper gallery and lantern. Room above has shallow pendentives on early-C20 marbled columns. Hall fireplace has flue diverted to provide heating for stairwell. Fine staircase with cantilevered stone treads carried in fan round semi-circular E. end, the wrought iron balustrade attributed to Tijou. Section from first floor to attic later, but in same style. Coffered barrel vault across axis above. An important interior full of spatial interest enhanced by restrained detail.
HISTORY: Built for Richard Grenville , father of the builder of Stowe, Wotton House reflected the design Buckingham House of 1702-5 in its lay-out and massing: Buckingham House has been attributed to William Talman with William Winde's involvement, and it is possible that Winde was involved at Wotton too. The earlier ascription of the design to Sir James Thornhill, who decorated the interior in 1713-16, is no longer respected. John Keene was the Master Mason employed here, and he may have had a hand in the design also. The noted statesman George Grenville (1712-1770)was born here. The principal family seat shifted in the C18 to Stowe, but Wotton remained the family burial place and the house remained in active use. The disastrous fire of 29 October 1820 led to the request from the 2nd Marquis of Buckingham (from 1822 the 1st Duke of Buckingham & Chandos) to Sir John Soane to carry out repairs and alterations. These were effected in 1820-3, for a total cost of £12,767. Soane lowered the attic storey considerably, and created a tribune, a dramatic internal space rising up through several floors, as well as a new curving staircase. Subsequent internal alterations were carried out in 1910, 1929 after another fire (by Butler, later Lutyens's biographer, for Michael Beaumont MP: these included the flooring-over of the tribune) and subsequently. The house was rescued from demolition in 1958, when purchased by Mrs Brunner: she engaged Donald Insall & Associates to reverse Butler's interventions and reinstate Soane's work. Wotton House, set in fine parkland, is, with its adjoining pavilions, an outstanding country house with fabric reflecting two major campaigns of development.